This HR Executive's Approach to Dealing With Microaggressions in the Workplace 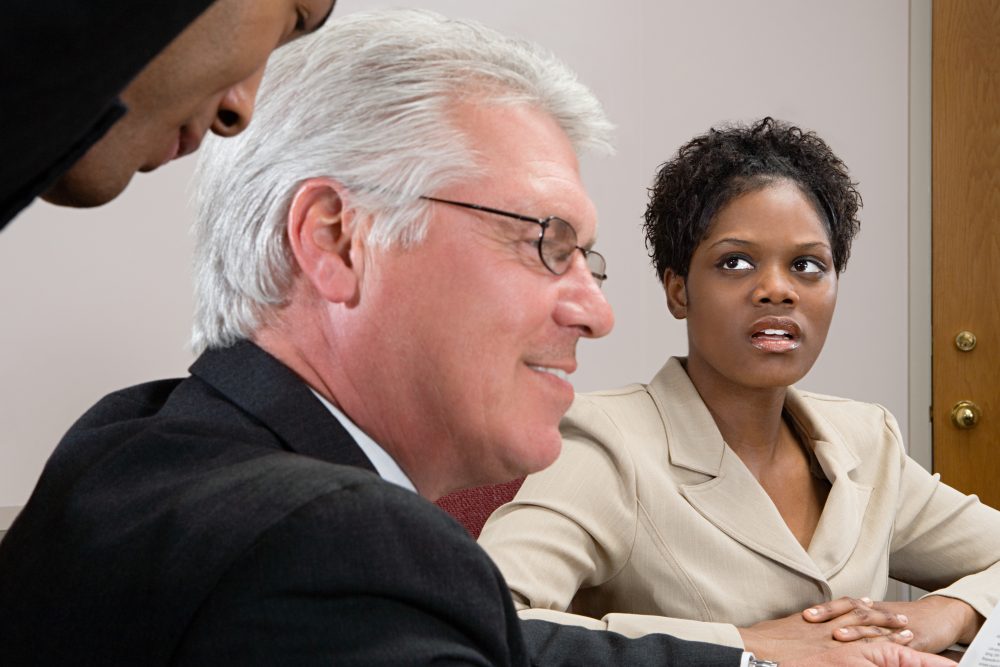 Named one of the top 50 unstoppable women in HR technology, Sarah Morgan is a woman on a mission to drive awareness, change, and conversation about controversial issues such as harassment and microaggressions in the workplace as well as diversity and inclusion.

Her nearly 20 years of experience in human resources laid the foundation for her current role as senior director of human resources at Safe Streets USA. However, her climb up the ladder of success was not without incident. One of the challenges Morgan has faced is dealing with microaggressions in the workplace. “Once, there was a weekly managers’ meeting and the person coordinating the meeting was a man,” said Morgan. He sent out an email to all the women managers asking for volunteers to take notes each week and send minutes to the group; he left off the men who were managers from the request. On another occasion, a woman co-worker who’d just returned from a vacation to the beach held her tanned arm next to mine, laughed and said: “I’m blacker than you.” According to Morgan, this subtle yet harsh behavior may come in three forms:

Part of the challenge in dealing with microaggressions at work is getting people to understand the huge impact it has on a person’s future career success as well the company’s performance. “Microaggressions are often likened to paper cuts,” said Morgan. You’re not necessarily openly wounded but it still hurts. People who do not fit into the power groups (e.g., white, Christian, male, heterosexual, young, able-bodied) may experience microaggressions several times during their workday. Imagine going through life getting multiple paper cuts every single day for the 40+ years of your career. That’s the reality for many black people, women, and other people of color in the workplace. Because we are constantly filtering through microaggressions, we have difficulty focusing and processing information, said Morgan. We tend to avoid people and situations where microaggressions are likely to occur to protect ourselves. This avoidance limits our opportunities and access, which limits our advancement to positions of power and our earnings. Also, we are doubtful of people in power because we are unsure if that person will show micro-aggression toward us or not. We experience hopelessness because we feel powerless and unsupported in stopping microaggressions from happening to us.”

The other uphill battle in dealing with microaggressions are companies that fail to help employees recognize their own bias. “People generally spend half their waking hours in the workplace. Companies, therefore, have a great opportunity—and I’d argue a responsibility —to help employees become aware of their bias and do the work to confront and eradicate their bias. We cannot have fair, equitable, and inclusive work environments where bias roams free and unchecked. You can never create a true sense of belonging in a place where people are allowed to “other” you without consequences. Companies who value a culture of belonging should embrace the work of confronting bias.

When it comes to solutions for eradicating bias in your workplace, Morgan recommends obtaining third-party vendors such as The Institute for Equity and Inclusion Sciences, and The Civility Institute. If the company does not have the financial resources to devote to these efforts, Morgan says there are free resources available as well. “Start by looking at your employee population, both in their appearance and in how they self-identify and see what is most prevalent,” she says. The opposite of what is prevalent is where your biases are most likely to lie. If your population is predominantly male, you will have a gender bias. If your population is predominantly white, you will have racial bias. We make it seem so much more complicated, but it is just that simple. I’d also recommend checking out Think Inclusive, The Society for Diversity, and Harvard University’s “Project Implicit” as resources to help you get started doing anti-bias work on a budget in your workplace.”