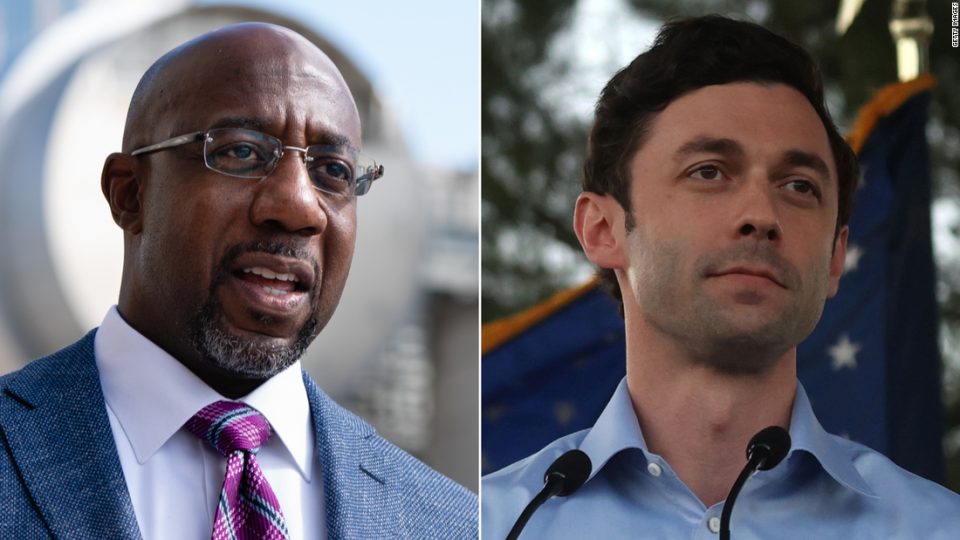 Democratic U.S. Senate candidates Rev. Raphael Warnock and Jon Ossoff have each raised more than $100 million in their attempt to seize control of the U.S. Senate.

“We’re humbled by the grassroots support and generosity that continues to power Reverend Warnock’s campaign to represent all Georgians in the U.S. Senate. Millions of people have donated their time, energy, and contributions to help us communicate with Georgians all over this state to help deliver Reverend Warnock’s strong, moral leadership and bring change to Washington on January 5,” Warnock’s campaign manager, Jerid Kurtz told The Hill

The Georgia Senate runoffs are paramount to both political parties. The Democrats will have full control of the government if they win both runoffs. The office of the president and the House will be controlled by the Democrats, with Vice President-elect Kamala Harris serving as the tie-breaking vote in the Senate.

If this happens, Democrats could pass more than 300 bills currently sitting in the Senate. However, if Republicans win at least one runoff, President-elect Joe Biden will have a hard time implementing his agenda as Senate Majority Leader Mitch McConnell will still control the upper house.

“We’re going to spend whatever it takes to hold these seats. The feeling is, it’s all on the line here,” Jack Pandol, spokesman for four political committees controlled by McConnell, told the Los Angeles Times. “We’re just finding donors are incredibly dialed in to the necessity of protecting the Senate majority.”

Both races are close to dead even. According to The Grio, Warnock leads Loeffler by two points in the polls (49% to 47%). Meanwhile, Perdue and Ossoff are virtually deadlocked (49% to 48%). Additionally, a bevy of high-profile lawmakers have stumped in Georgia, including Kamala Harris, Andrew Yang, and President Donald Trump, who will hold a rally in support of the Republican incumbents on the eve of the Senate runoffs.