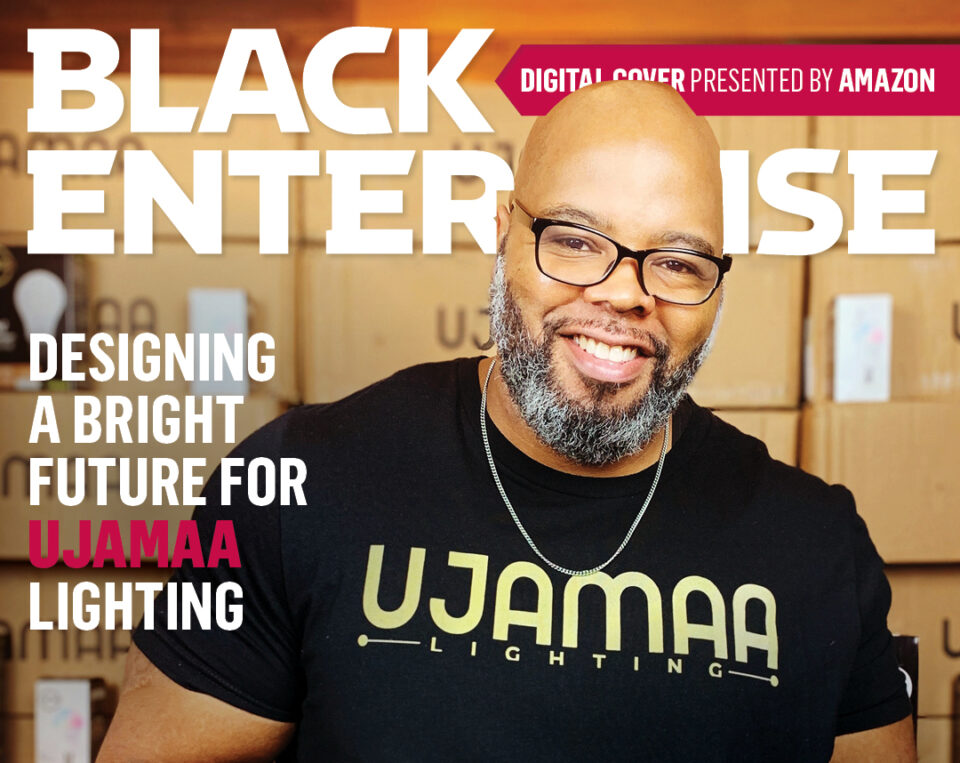 While growing up in a low-income home in Magnolia, Arkansas, Rob Jackson recalls his mom telling him the electricity bill would be the one expense that “gets us kicked out the house.”

Jackson admits he was culpable for putting his family in that position. She always said, “If you [don’t have] light bill money, then don’t be turning on all my lights.” That statement — coupled with a longtime desire to become an entrepreneur — were among the factors that prompted the adult Jackson to launch Ujamaa Lighting. Today, the founder and CEO of the Austin, Texas-based firm primarily sells LED light bulbs for households but has expansive plans to take his company into the lucrative commercial and industrial arenas.

Bringing Diversity to the Lighting Industry

Jackson’s vision surfaced after he didn’t find others who looked like him in the field. He says while support is still needed for Black-owned ventures in industries like apparel, haircare, and beauty products, backing is also a must in those areas where there is a virtual absence of African American-owned companies such as manufacturers of toothbrushes, laundry detergents, and lighting fixtures. With a 25-year background in information technology, Jackson sold its first product in December 2019 and started Ujamaa the next summer.

Aiming to diversify the lighting sector, Jackson named his company “Ujamaa” – the Swahili term for “extended family,” which he considers his customers. He’s also a proponent of the practice of inspiring one’s community through family with “cooperative economic achievement.”

He was confident he could develop an energy-efficient, affordable lighting product that lasts longer than the average bulb. He first sold a 60-watt replacement bulb in the “home commodity goods” space three years ago. He says the average (usage) in that category is about six to nine years, but his product is rated to last 13.5 years.

Launching his venture was not a flick of the switch.  He had to use savings of $7,000 to pay for a website, purchase materials, design the product, and secure initial inventory, among other costs. He met a goal of not taking out loans or using credit cards: “The business has been blessed enough to have so much customer support.”

The “thrifty” Jackson says he re-invests all profits into the business. He has also secured business grants, including one for $10,000 from Amazon’s Black Business Accelerator (BBA) program, a $150 million commitment from Amazon that is dedicated to help build sustainable diversity and provide growth opportunities for Black-owned businesses.  He maintains that the funding will help Ujamaa expand its product offerings.

However, Jackson noted one downside to not depending on outside funding. His solo financing model has forced Ujamaa to add one product at a time versus gaining the ability to offer an extensive catalog of products to help keep costs down.

He says one-way Ujamaa mitigates the loss of potential customers is by placing them on a waiting list and allowing them to become beta testers for new products. Jackson says Ujamaa will roll out two new offerings later this year. He says one product will be a brighter 100-watt replacement light bulb based on customer requests. The other is a mini-LED light, like those used during the Christmas season, that comes with 10-plus color-changing modes.

During the COVID-19 pandemic, Ujamaa was unexpectedly forced to rebrand from its original name, “Umoja Lighting,” due to trademark issues with a Canadian firm using the English translation of that name for their lights. The possibility of having to trash his entire inventory due to potential trademark violations, Jackson says the incident could have potentially “ended the business before it even started.”

Jackson bounced back from this “devastating blow” by transitioning into Ujamaa and making significant changes, including adopting a new name and acquiring additional inventory.

Still, Jackson received grace from a customer called We Buy Black, which calls itself the largest online marketplace for Black-owned businesses. Ujamaa was still unknown in the latter years and has since boosted its exposure. “They purchased our entire inventory and allowed us to rebrand without having to take any additional debt. From there, our name continued to spread from the United States to other countries like Africa.”  Now, Jackson is projecting 2022 revenue of $120,000, up from around $70,000 in 2021 and $30,000 in 2020.

Ujamaa has advanced from Jackson’s participation in Amazon’s BBA, which has offered capital access, strategic guidance, and marketing support, among other services, to help Black-owned businesses with physical, consumer products scale up and maximize sales in Amazon’s store.

He says Amazon has helped Ujamaa – a father-and-son team – in numerous ways. For instance, Jackson says he’s been able to interact with customers nationwide that he would not have reached by just selling in local markets like Austin, Houston, and Atlanta.  He added the Amazon Brand Store tells his story to shoppers of the giant online retailer unaware of Ujamaa. “Amazon allows you to enhance and galvanize your offerings and set yourself apart from your competitors.”

Asserts Jackson of future goals: “Due to our partnership with Amazon and the way our customers interact with us, there is no reason why we can’t continue this trend of organic growth to reach $1 million in revenue in the next five years.”