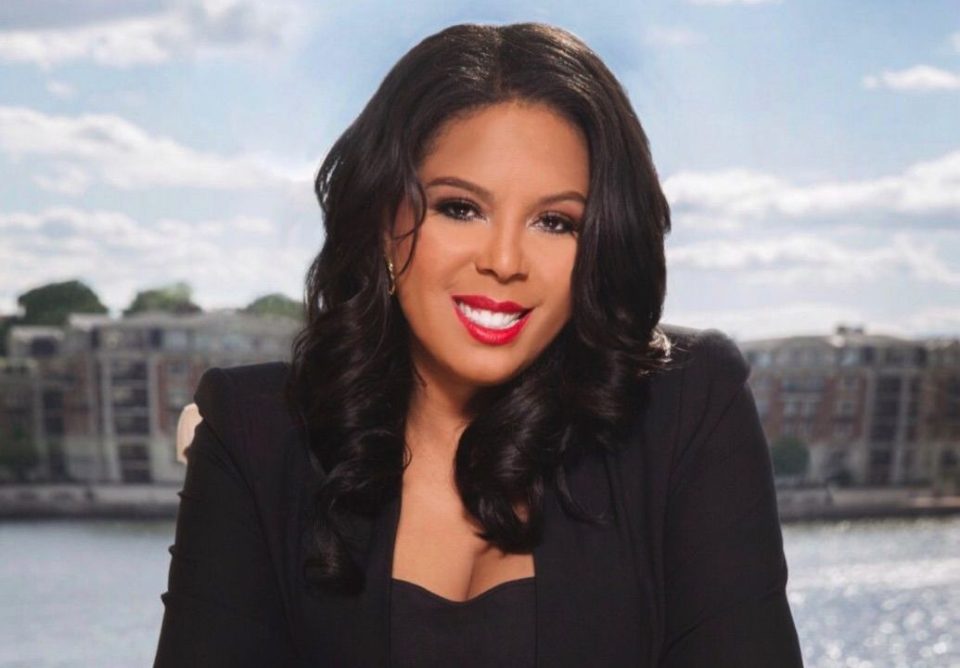 After running Sean “Diddy” Combs’ company, Combs Enterprises, for two decades while overseeing brands Ciroc, Aquahydrate, Sean John, and the brand that started it all, Bad Boy Entertainment, former president of Combs Enterprises, Dia Simms, now controls the fate of her own brand, HANDS L.L.C. She and her partner, Erin Harris, also an executive at Combs Enterprises, have recently launched Saint Liberty Whiskey.

Saint Liberty Whiskey not only supports the women of today through its commitment to return 5% of gross sales to women’s empowerment, entrepreneurial, and educational efforts, but it is also guided by an all-female board of advisers.

Simms took a break from making moves to speak to BLACK ENTERPRISE about the origins of Saint Liberty Whiskey and how they plan on keeping the strength of women empowerment moving forward.

What made you decide to launch your spirits brand?

A lot of lost energy goes into trying to change existing brands and businesses. Often, the best way to make a change is through ownership and entrepreneurship. If you can’t change the game, make a new game. In this spirit, Harris & Simms (HANDS) has acquired a meaningful stake in Saint Liberty Whiskey alongside Mark SoRelle, the founder and chief historian of the brand, and Ndamukong Suh of the Tampa Bay Buccaneers. HANDS is a boutique spirits advisory company that offers strategic guidance and investments in spirit brands. Headquartered in Los Angeles, my partner Erin Harris and I focus on original and authentic brand stories paired with outstanding liquids such as Saint Liberty Whiskey.

Saint Liberty Whiskey highlights groundbreakers and rebels who have broken barriers during the 1920s when freedoms were granted, and freedoms were taken away. While women secured the right to vote after nearly a century of protest, the 18th Amendment introduced prohibition and a ban on all alcohol sales. Saint Liberty celebrates these heroines of the Prohibition including Bertie Brown, Josephine Doody, Mary Curley, and many more.

What’s the story behind Saint Liberty whiskey and how do you anticipate making the brand successful?

Saint Liberty Whiskey embraces the true diversity of the history of America through their celebration of the untold stories of the pioneering, Prohibition-era women bootleggers. Each woman bootlegger is paired with a unique craft whiskey and distillery to highlight and honor their individual story. The first expression is Bertie’s Bear Gulch Bourbon Whiskey honoring an African American homesteader named Bertie “Birdie” Brown, known for making the “best moonshine in the country.” She was an enterprising, entrepreneurial Black woman at a time when those attributes put her life in jeopardy. 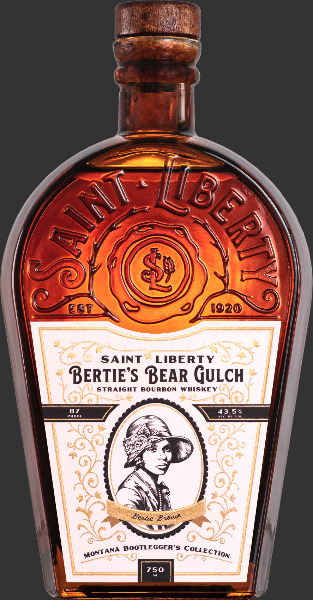 The whiskey that honors her legacy is packaged in a signature embossed coffin flask bottle which was inspired by the antique bottles of the American frontier. The flagship whiskey, Bertie’s Bourbon, offers flavors of rich dark molasses, caramelized vanilla, apricots, some burnt brown sugar, and a hint of smoke. Bertie’s Bear Gulch Straight Bourbon Whiskey is exceptionally smooth and balanced with a wonderfully warm finish.

We believe that success comes with innovation and expanding diversity within the industry. At Saint Liberty, we are committed to building an exceptional craft whiskey brand that recognizes a diverse group of unsung female heroes. We are proud to honor the courage and legacy of these pioneering women bootleggers. The women in the spirits industry today—myself included—owe a debt to these frontierswomen. Additionally, being that Saint Liberty is guided by an entirely female board of advisers, we have committed to spending 5% of gross profits toward women’s empowerment issues, entrepreneurial, and educational efforts to create opportunities for women like Bertie Brown, who fought and died for their rights.

With the recent coronavirus outbreak, how were you able to launch a new brand with business being operated in a different way than what’s been normal?

One thing that has not changed is consumers desire to drink a premium Whiskey at a great price point, which is what we are offering with Saint Liberty. Now more than ever, people are getting creative and adventurous in their cocktail selections and happy hour hasn’t stopped, it has just moved from the bar to your living room. Bertie’s Bear Gulch Straight Bourbon Whiskey is now available in over 10 states through the U.S. with a suggested retail price of $44.99 for a 750ml bottle. Saint Liberty Whiskey is available at Total Wine & More, BevMo, and Spec’s Wines and Spirits or SaintLibertyWhiskey.com.

How has working with Sean Combs prepared you for starting your own company?

Sean Combs has built incredible alumni of successful entrepreneurs [with] his beliefs in the impossible and the power of Black excellence. He’s been an incredible mentor in business not just for me but for thousands of successful game-changers. As Sean became increasingly successful, he truly embraced the spirit of Reginald F. Lewis and felt it was not about how many millions you make but how many millionaires you help create. That’s how we change our legacies. That level of commitment to our community has been the single most important lesson that I take with me.

What would you advise someone who is interested in becoming an entrepreneur to do in order to start their road to success?

Start with what you have. No matter what your circumstance, if there is breath in your lungs, then you already have the most valuable asset at your disposal. Time. Starting a new business is scary as hell but not scarier than wondering what might have been.