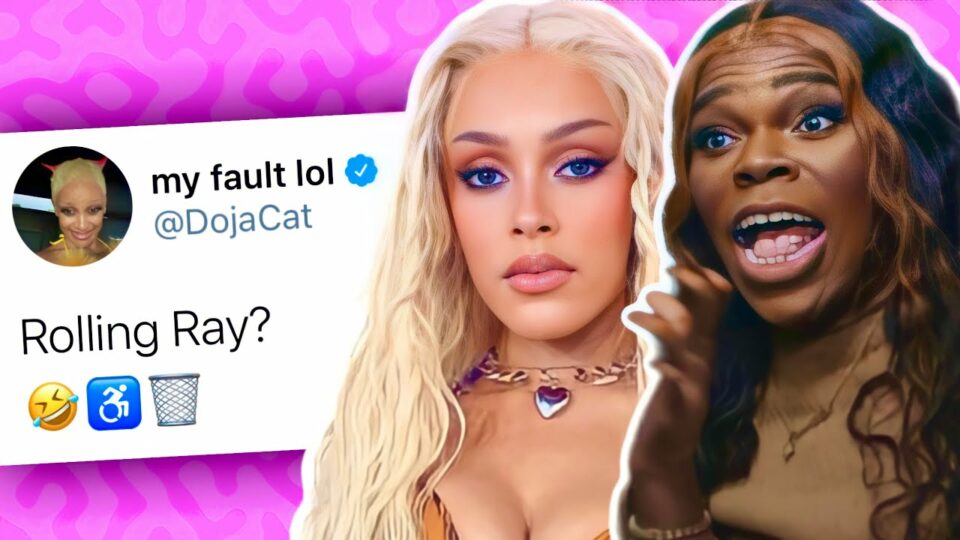 Days after she cursed out the internet for disapproving of her bald head and nonexistent eyebrows, singer Doja Cat is in hot water after the internet claimed she stole a Black influencer’s catchphrase.

The singer/rapper shared a link on Twitter to her new clothing line, It’s Giving, with a short video with a voiceover saying: “It was supposed to give but did not give what needed to be gave? To the highest of giving if that makes any sense.”

However, a group on Twitter felt that the clothing line is giving cultural appropriation — after the term ‘It’s Giving’ was allegedly coined by the LGBTQ community and popularized by Washington D.C. influencer Rolling Ray.

Ray went off on Twitter and voiced his frustration with Doja soon after she announced the release.

“This b-tch said let me steal from this handicap black b-tch & copyrighted my saying uh whole year ago !! Lord I’m tired of fighting,” he wrote in a tweet.

Unfortunately, this isn’t the first time Ray had to fight.

Last year, Ray found himself in a similar situation when he and artist Coi Leray battled over the phrase “Purr” after she and Pooh Shiesty released “Big Purr,” which peaked at No. 69 on the U.S. Billboard Hot 100.

On an Instagram live stream, he expressed that “he was sick of gay artists having their ideas stolen, and he wanted to prevent the same situation from happening to ‘Purr.'”

Ray then released a diss track to that song, but he needs to get serious about trademarking any future ideas before a third artist takes credit for his contributions.

Doja Cat’s It’s Giving site features bold gif letters, a glitter cursor with a lookbook of her rocking the bald hairdo, and a combination of items from the line.

Multiple images show her rocking a thong protruding from an open jean skirt and a male friend rocking a trucker hat and tee. The line includes tees, socks, trucker hats, thongs, and jock straps with quotes.

The items will be available for pre-order and will launch on Sept. 30.