Dr. Eli Joseph Teaches Unique Ways to Achieve in the Face of Rejection 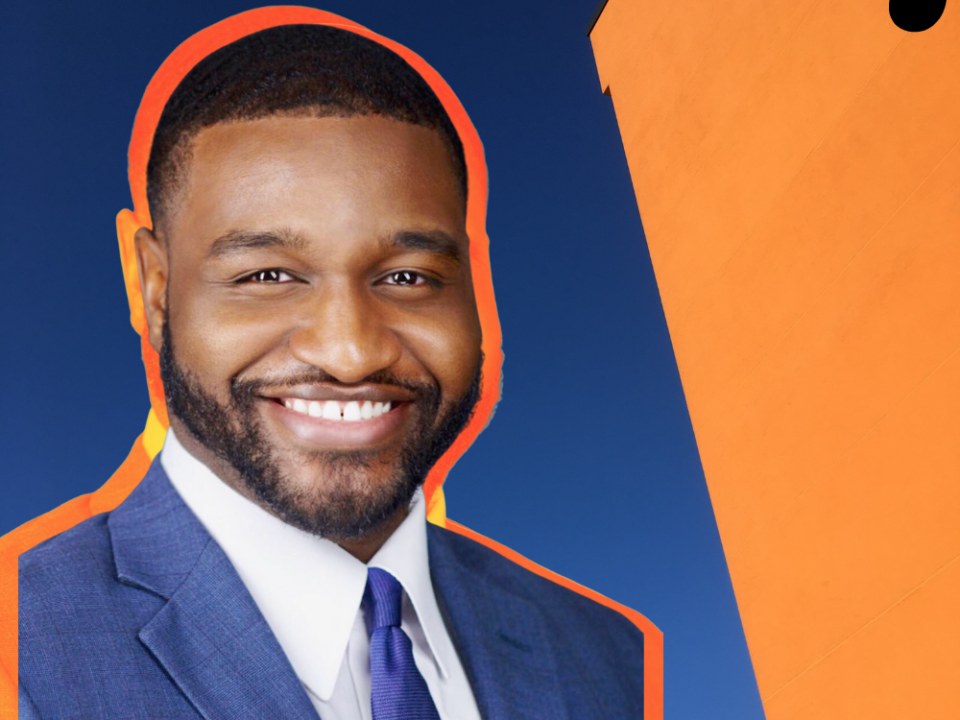 There are those who simply dream of accomplishing big goals and those who go out and get them. Dr. Eli Joseph is no doubt in the latter camp. At just 26 years of age, this educator and researcher is a faculty member at both Columbia University and Queens College, serves as a partner and medical examiner at Quest Diagnostics, has spoken on TEDx stages, and is a Forbes 30 under 30 scholar. Joseph knows a thing or two about achieving big goals in the face of rejection, and he shared his unique concepts for exponential success with Black Enterprise.

The Making of Dr. Eli Joseph

Dr. Eli Joseph is an American academic with all of the accolades, and one may be tempted to think that his ride has been a smooth one. Losing his father at the tender age of 2, the Brooklyn native’s mom had to work three (and sometimes four) jobs at a time to keep her three boys comfortable and safe. When not working, she often stressed to them the importance of formal education and making a name for themselves. “Growing up, I knew the value of work ethic, he shared.

In 2015 Joseph graduated with a bachelor’s degree from Queens College. Reminiscing, “It was a tough road. I remember vividly taking 11 classes in one semester for 30 credits. That Spring semester I needed 30 credits in order for me to graduate early.” While difficult, he got it done. The following year he went on to get his master’s degree in Business Administration from Brooklyn College. In that same year, at just 21 years old, he went after his doctorate degree in Business Administration. Three years later, at age 24, with a DBA in hand, he became Dr. Eli Joseph. 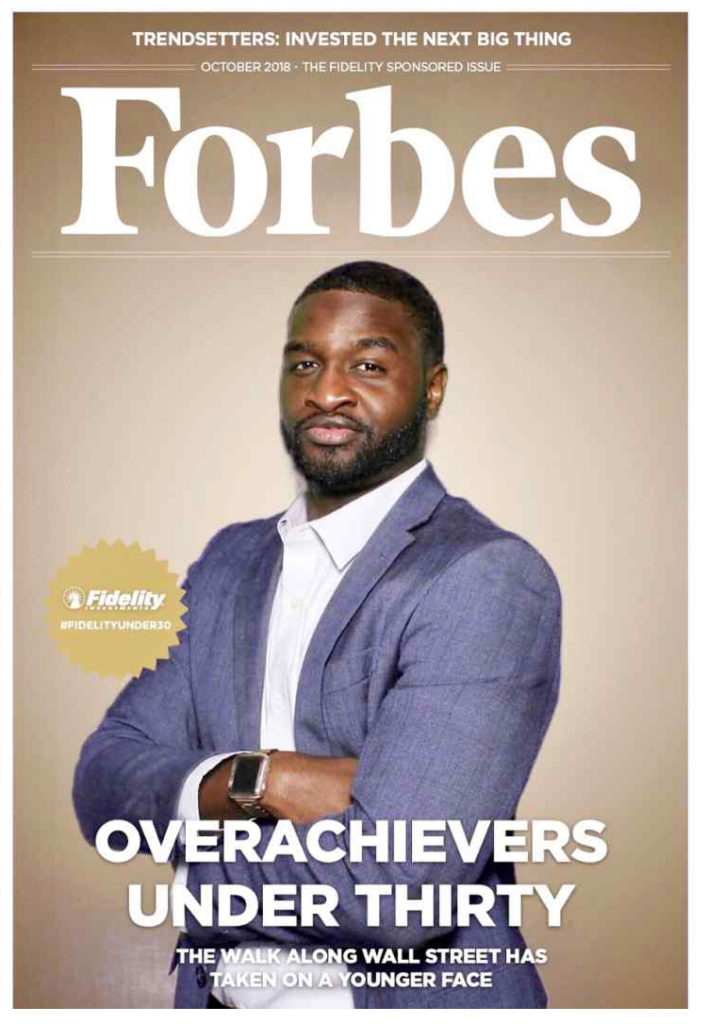 Adversity for The Dr.

Beyond not having a father around and a heavy workload, Joseph faced many rejections along the way. “Going to school, getting the education and having a good job is great, but the ‘having a good job component’ was a challenge for me because there was no one going to hire me as an executive at the age of 24 with little to no experience and a doctorate.”

While Joseph says that he has been ambitious from the start, he believes that his ambition grew stronger due to a series of rejections.

“People always see the end goal. They see the accomplishments and achievements but they don’t see the dark side.” —Dr. Eli Joseph

While Joseph teaches at Columbia University now, he was actually rejected from the school when he applied to attend undergrad there. In addition to this, he has applied and has been rejected from JPMorgan more than 500 times. He also applied for thousands of jobs on Wall Street and was rejected. This led him to a clever idea to make his new applications stand out. He decided to create a rejection résumé. Yes, it is exactly what it sounds like.

“We have a résumé, we have a CV, we have a cover letter…well last year I created a rejection résumé which highlights all the failures.” He created a single-page document, formatted like a résumé that highlights all of his major failures. Joseph found this catches people off guard and they’re more interested and likely to give him a serious chance. Proving you’ve failed before shows others that you are resilient and less likely to mess up on their dime.

When it comes to failing, it’s a numbers game for Joseph. He shared that he may shoot and miss, but he’s going to keep putting a shot up, and eventually, one has to land.

If this is intriguing to you, give it a go and compile a list of the things you’ve failed at and been rejected from. At the very least, it’ll assist you to see how far you’ve come and all of the things you’ve overcome. You’re a survivor and it’s time to allow your battle scars to become your saving grace.

Your Only Competition is Time

Joseph has been able to accomplish more than most in a much shorter time. There is a reason for this. We often hear people say that they are not in competition with others, rather with themselves. Well, this young researcher takes it a step further.

When you compete with others, your focus is on them in an effort to stay ahead, however, when you compete against time, you’re always ahead as you only have the task at hand to focus on, giving you more time to achieve.

From young, we’ve been taught to choose a single career path and stick with it to grow. Joseph has taken a different approach, noting that career diversification is the way to go.

“You don’t have to limit yourself to one career path. Everyone has a particular career they want to get into, but what’s important, especially during the pandemic where people are losing their jobs and asking ‘What do I do now?’, career diversity answers that question for you before you even ask.”, Joseph shared.

To further break down his point, he gave an example of someone who may be interested in finance and work in investments or banking. If they’re also interested in education, he recommends that they teach about it as well. “That way you can limit the risk of being unemployed for a long period of time.” He explained that having two or three career paths you want to get into is different from having two or three random jobs. It’s about figuring out what’s important to you, and creating career ‘tentacles’ that allow you to easily move fluidly in that direction while still doing your main thing. Another example he gave is for someone who may be a barber. “They could begin establishing themselves on YouTube now and build a network teaching people to cut hair.”

While Joseph has been teaching at universities since the age of 23, he also enjoys getting involved in other avenues of interest to him like speaking and research. Lately, his focus has been on real estate. He is looking to buy his first investment property in Atlanta, a city he sees booming with opportunity. To familiarize himself with his new passion he started off investing in EFTs and REITs, to get a better understanding of the market.

The way he broke down how this works is by comparing ETFs (Exchange-Traded Funds) to a popular college punch called Jungle Juice. “You’re pouring in a diversified mixture of drinks in a particular punch. That is what an ETF is all about. An ETF is basically a commodity or security that has a diversified set of stocks/equities across a particular market. And REITs is focused specifically on real estate.” The DBA grad understands that there is risk involved in everything, but when it’s diversified in this way it limits the risk.

His advice to those who may be looking to get into the real estate market is to be sure you aren’t over-leveraging and to do your research to figure out if where you’re looking to purchase property in a landlord-friendly state or tenant-friendly state.

With all of the things Joseph is involved in, you may be wondering how he finds the time to do all of this. While he gets that we all have different priorities and life circumstances, he believes we are responsible for making time for the things that matter to us. “We all have 60 seconds in a minute, 60 minutes in an hour, 24 hours in a day, and 168 hours in a week. We all of that same amount of time.”

One way he does it is by prioritizing his time in the morning. “Having a routine is very important” he shared. In order to get himself in a good groove for a day of accomplishing, he stays away from one of the biggest distractions. Mornings, when most people grab their phone, he doesn’t. “I don’t pay attention to my phone right away. Once you wake up and tap your phone, a bunch of notifications pop up and it’s difficult for you to address all of those notifications all at once.”

While most wake up to answer emails and scroll on social, Joseph has a different approach. He wakes up at 4:30 a.m. and stretches, works out, and takes 10-15 minutes to meditate. He then showers, brushes his teeth and gets breakfast. By 6:30 a.m. he is pumped and ready for the day.

Build Strong Networks For the Win

Joseph believes that his network is responsible for a lot of his achievements and his ability to successfully diversify his career path. Becoming a member of the Grammy Recording Academy as an example, came as a result of the people around him.

“It’s impossible to get into another industry if you don’t know anything about it or anyone in it…you need to talk to people who do.” He advised, “It’s not just what you know or who you know, it’s also who knows you.”

Joseph, who considers himself to be an introvert approaches all relationships with value upfront. He knows he has value to add to others’ lives and because of that, always approaches networking with a ‘give’ in hand. He is great at research and introductions, and this has allowed him to build a very solid network. 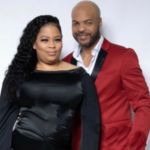 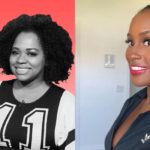