Social media sensation and school psychologist Dr. Umar Johnson said his Black school for boys in Delaware would have been completed if it were not for the lack of support from Black people.

In an interview with the Breakfast Club on Monday, Johnson spoke about the construction of Frederick Douglass Marcus Garvey Academy and how the school needs $300,000 in electrical and plumbing installation.

Johnson wanted pro bono services from Black contractors to offset the remaining cost of his dream institution, but he claims their priorities were elsewhere, NewsOne reported.

“If we had some Black folks who were willing to donate their time, the school would be up and running in three weeks,”  Johnson said.

Johnson also cited slavery as one of the reasons why Black people do not want to work for free, saying it is “one of the psychological residuals of slavery.”

Because of slavery, Black people are deprived from their “natural desire to want to control your environment and your destiny.” He also added that “[Black people] are not used to being responsible for building our own institutions… If I was opening up a nightclub, basketball league, I would have the support.”

“I haven’t come across Black folks who are willing to donate their time…so we have to raise enough money to pay market rate for those repairs,” he added.

In his honest opinion, the pan-Africanist personality believes if he were Mexican, the school would have been completed because some communities care more about education than the Black community.

“If I were Mexican, the school would be done,” Johnson said. “It’s only because it’s us…that we don’t take something like [education] as serious.”

It is reported that Johnson received $1 million for FDMG, yet the school still in need of the same services one year after the initial announcement since 2014. 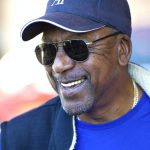 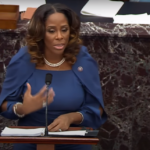