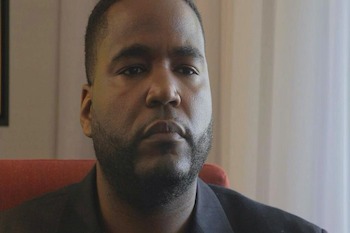 For those unfamiliar with Umar Johnson, Ph.D., the certified school psychologist, child therapist, and author of Psycho-Academic Holocaust: The Special Education & ADHD Wars Against Black Boys is engaged in a fight to save the minds of our youth.

The celebrated educator is hoping to raise $5 million by August 21 in hopes of purchasing St. Paul’s College, an HBCU in Lawrenceville, Virginia, and convert it into a boarding school for young African American boys. Johnson says that by creating a residential educational facility for young minds, it would thereby become the secret weapon to fight against “educational racism.”

St. Paul’s College has been up for sale since April after financial woes forced it shut its doors for good in 2013. Dr. Johnson’s aim is to rename the facility the Frederick Douglass and Marcus Garvey RBG International Leadership Academy for Black Boys. The goal, once the $5 million has been collected, is to create a curriculum that will prepare the students for “self-employment and entrepreneurship, not merely acceptance into college.”

With Dr. Johnson at the forefront, his ultimate belief is that his new school for black boys will offer them a brighter outcome in life.

You can read the full story by clicking here.