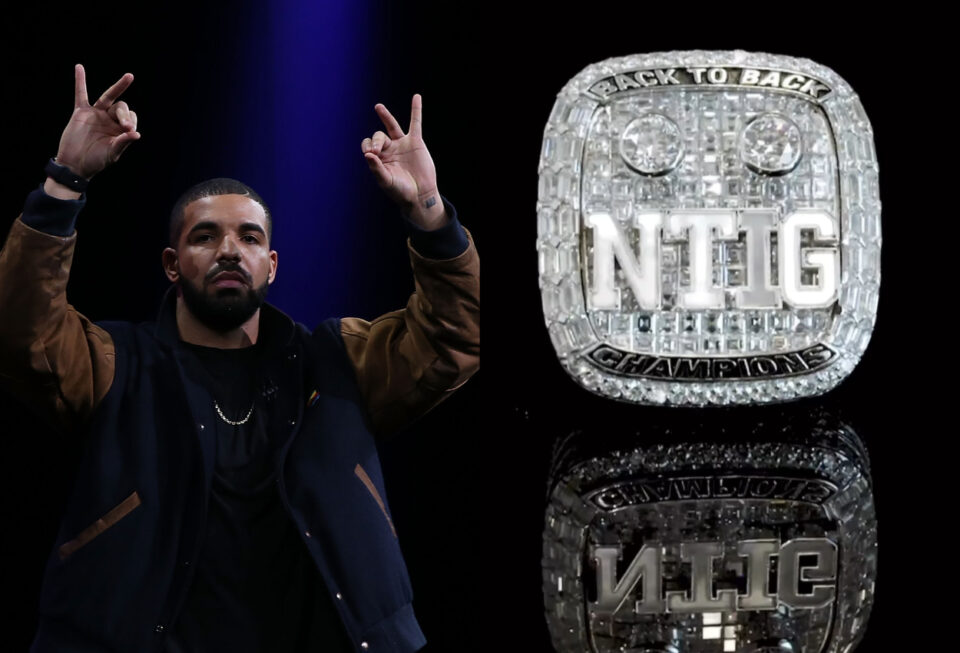 This past June, basketball enthusiast and Canadian hip-hop artist Drake and his recreational basketball team won its second straight championship with the Sanctuary Basketball League (SBL) he founded two years ago.

Complex reported that the “6 God” ordered championship rings for his winning team that rivals the rings of other professional sports leagues.

“I did what Kobe did in Game 7 against the Celtics. Shots not falling, you play f*****g defense.” 😂 @Drake and his OVO team win back-to-back championships in his SBL league 🏆 pic.twitter.com/u4LnpAWo4v

To create the expensive jewelry, Drake went to a man who knows how to design championship rings. The former Degrassi actor ordered from famed jewelry designer Jason Arasheben, who owns Jason of Beverly Hills, to commemorate taking home the championship for a second year.

When his team took the SBL championship in 2021, Drake dropped $50,000 each on diamond rings for himself and his teammates. This year, he outdid himself when he commissioned Jason to design rings that cost $100,000 each. In the 2022 version, the ring is encased with 24 carats of flawless diamonds and highlighted by two large diamonds to exemplify the two back-to-back titles.

A post shared by JASON OF BEVERLY HILLS (@jasonofbeverlyhills)

In a written statement, Arasheben said, “Drake had a clear vision of what he wanted and we worked really well together to make that happen. I enjoy the challenge of telling the story of the season and incorporating everything into the design and onto a ring, while still using as many diamonds as possible.”