Drivers No Longer Need To Pass a Vision Test? 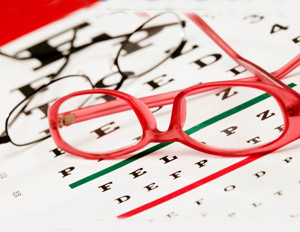 No one is a fan of the Department of Motor Vehicles. Just the thought of the place makes the blood pressure rise as visions of endless lines, uncomfortable benches, fluorescent lights, and hours upon hours seemingly wasted come to mind. So, I guess DMV administrators thought we’d be celebrating upon hearing that in New York, as in 14 other states, we no longer have to wait in line to renew a driver’s license.

Now we can do it online. Just fill in the blanks, PayPal the fee, and sign on the dotted line (assuming you can see it) certifying that you can see. That’s right, folks. No more reading the eye chart first. No eye doctor’s verification that you’re cleared for the road. Just “self-certifyâ€ that you have 20/40 vision or better and get going! You still have to pass an eye test to get your license initially or to renew a commercial driver’s license. But other renewers–even those who’ve been renewing for decades, who may have had eye injuries, surgeries, cataracts, contacts–no problem: It’s honor system time!

Commissioner of the DMV Barbara Fiala claims the shift is designed to streamline the process. Sounds good, but in this job market we all know that’s government-speak for fire more people in an effort to save cash. She’s just trying to fulfill a mandate from Governor Cuomo, who’s just trying to answer to his bosses (and taxpayers), too.

But is this really the way to do it? It doesn’t take 20/20 vision to see danger written boldly on the proverbial wall, does it? Fiala has defended the move by saying it’s not even new; it’s a return to the way things were in the good ol’ days from 1993 to 2000, when renewing your license didn’t require that you read an eye chart first.

How about the good ol’ days of 2004, when a Florida law requiring drivers over the age of 80 to pass an eye test in order to renew their licenses, which helped to slash the driving-related death rates of those older drivers by 17%? Or, how about taking into account that three of the top causes of traffic accidents (fog, rain and darkness) involve reduced visibility, or considering statistics from just last year, when the Department of Transportation celebrated the lowest number of traffic fatalities nationally since 1949?

That 2010 victory was achieved in spite of drivers logging more miles nationwide than ever before and it was attributed to making vehicles safer, mandating seat belt use, and aggressive crackdowns on drunk and distracted (aka texting, eating, make-up applying, and otherwise too-busy-to-drive-safely) drivers. The DOT made no mention of the positive impact of drivers being objectively certified as being able to actually see. Let’s hope a slide in those statistics doesn’t necessitate their having to make that distinction in the future.

In the African American community, we’re all too aware of the inherent risks in DWB (Driving While Black). Let’s pray that in the future those risks don’t escalate as the initials come to stand for Driving While Blind.

Let me know if you see what I’m saying?