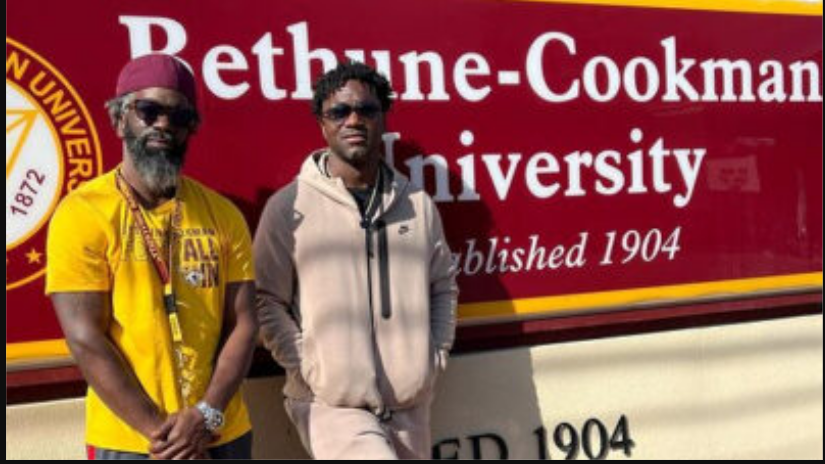 Shortly after Bethune-Cookman University rescinded its agreement to hire NFL Hall of Famer Ed Reed, he had reportedly lined up some “billionaires” to invest in the school.

NFL Hall of Fame 2020 inductee Edgerrin James wrote just that on his Instagram, but due to the decision made by administrators at the HBCU, the school won’t be benefitting from donors such as Shaquille O’Neal and others–at least for now.

James seemingly chastised the administrators at the school by declaring that “Sometimes we’re our own worst enemy” when they decided against bringing Reed on to lead the football team after he criticized the school’s campus conditions.

“Sometimes We’re our own worst enemy” @edreedhof20 🧥I Hate for those kids not getting a chance to witness ‘What makes the great, GREAT’…. Your Vision and the outside support was about to have a greater impact than most realized …. But…🤷🏾‍♂️ (shout out to @shaq and those other Billionaires you had ready to invest in your vision and build new facilities at Cookman.) 🥲” James wrote.

The decision to ditch Reed as the next football coach at Bethune-Cookman University has caused students at the school to protest and call for the board of trustees to be replaced. Earlier this week, students at B-CU took to the streets from noon and until approximately 2 p.m. shouting, “The board of Ttustees got to go.”

Last week, the HBCU released a statement saying that Reed would no longer be hired as the football team’s next coach.

“Bethune-Cookman University has announced that it has decided not to proceed with contract negotiations with Ed Reed to become the next head football coach at B-CU [Bethune-Cookman].”

After the announcement was made, students started a petition to urge the school to go back to the negotiating table with the former Baltimore Ravens star.