New Film Is A Call to Action to Build Black Wealth 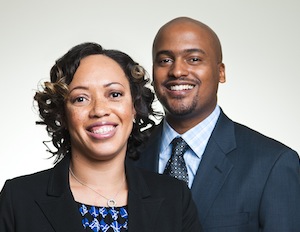 We are past the Independence Day weekend, which can only mean that the summer movie season has officially begun. However, with all due respect to movies like the highly acclaimed Dope and the latest wave of independent and documentary films, there is one movie that may be more important than any of them: Generation One: The Search for Black Wealth.

The screening for Generation One set for this Wednesday, July 15, in Atlanta, was sold out more than a week ago; screenings in Washington, D.C. (July 16) and Chicago (two, both on July 18) are well on their way to being sold out as well. Even more impressive, thousands of DVD copies of the movie went out this week to those (including me) who couldn’t wait to see if there would be a screening in their city.

The movie addresses an issue of obvious personal importance to me because it goes to the very heart of the mission declared by our founder Earl G. Graves Sr. when he launched Black Enterprise 45 years ago – closing the Black Wealth Gap. Generation One boldly lays out how the gaping disparity between black and white wealth came to be and then speaks to some of the black community’s most provocative, innovative problem solvers and financial experts for solutions. The result is not just a compelling discussion of the issues but an irresistible call to action and resolution – one with the potential to resonate for generations.

Indeed, the objective of the film’s producers, the husband and wife team of Lamar and Ronnie Tyler, is nothing less than to spark a commitment to multigenerational wealth creation for a new generation of African Americans. Based in Atlanta, the Tylers are living, breathing role models of entrepreneurial wealth building. They’re the founders of the number one media brand/blog site about marriage and family for African Americans, BlackandMarriedwithKids.com. The Tylers, parents of four children, were 2014 Black Enterprise Family Business of the Year finalists. Lamar, author of The Gatekeepers Are Gone: Hustle + Technology = Success, is also a sought after speaker, workshop leader, and expert on the subject of online marketing and sales. Through their company, Tyler New Media, the couple have independently financed, produced and distributed films focused on marriage, family, and business. Generation One is the latest of these.

If you are in Washington, D.C. or Chicago, you do not want to miss the screenings ofÂ Generation One: The Search for Black Wealth scheduled for this week. And the DVD is a perfect film for couples and families to watch together (or for screenings at churches, college campuses and community events). Generation One is a valuable addition to the tradition of solution-oriented media that Black Enterprise has delivered for more than four decades. It’s not enough to just talk about the the Black Wealth Gap. It’s time for a new generation to get down to the unfinished business of closing it. Generation One really is the blockbuster film you may not have heard of, but you really need to see.

Click here to see the trailer for Generation One: The Search for Black Wealth and for information about upcoming screenings.