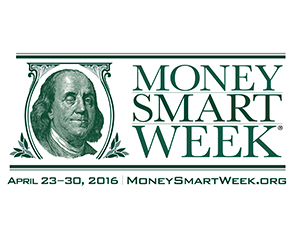 Between April 23 and April 30, 8,000 copies of Rosemary Wells’s book, Bunny Money, featuring the adventures of Max and Ruby as they try to get enough money to buy a ballerina box for the grandmother’s birthday, will be distributed at Michigan libraries.

During the same time, teens will get a crash course about taxes at The Saratoga Library in Santa Clara County, California.

In Charlotte, North Carolina, State Treasurer Janet Cowell, will be a special guest reader, talking about money, at the Charlotte Mecklenburg public library.

These, and other activities around the country, are all part of Money Smart Week, which kicks off April 23 in the United States, and to celebrate the occasion, libraries across the country will offer activities to help people make better financial decisions.

The Money Smart Week public awareness campaign was created by the Federal Reserve Bank of Chicago in 2002. The American Library Association (ALA) is one of several national partners for the campaign.

“For 13 years, Money Smart Week has inspired financial institutions, schools, libraries, nonprofits and government agencies throughout the country to come together to make an impact in local communities,” said Alejo Torres, Senior Outreach Manager at the Federal Reserve Bank of Chicago.

To see how you can get involved and to find activities near you, click here to go to the Money Smart Week site. 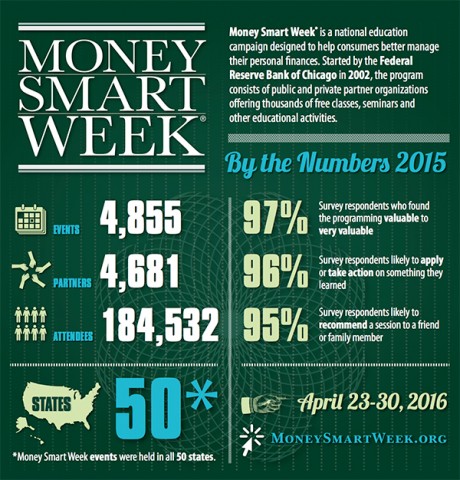