For The Second Time, Rapper 21 Savage And Chime Uniting To Provide $100,000 In Scholarships 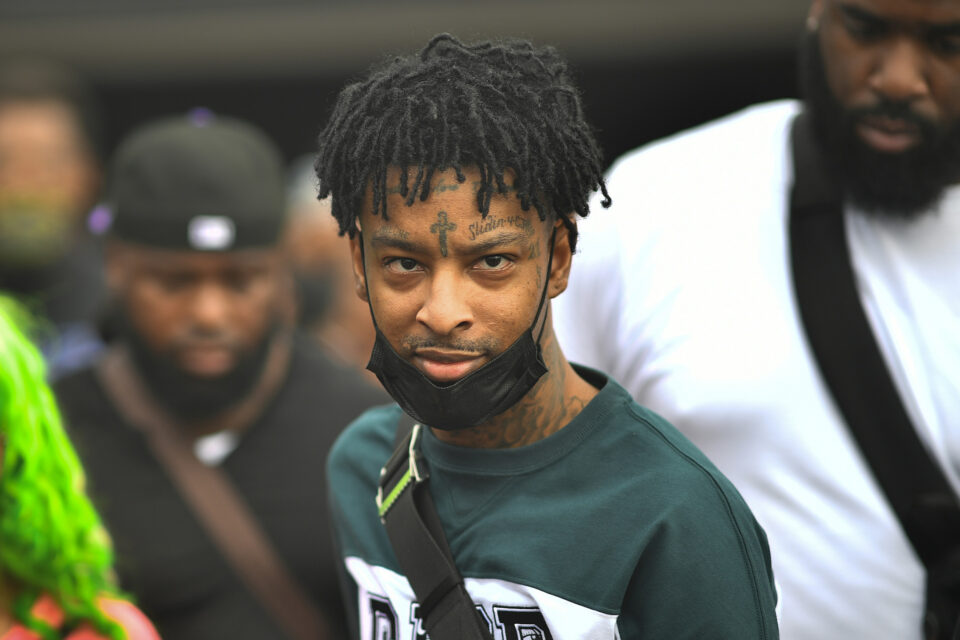 According to Yahoo News, he is partnering with fintech company Chime for the second year of his Bank Account Financial Literacy Campaign. The Atlanta rapper and his Leading By Example Foundation have united anew with Chime to educate students nationwide on the value of financial literacy, focusing on kids in grades 9-12.

After finishing the six-course online program, students will be invited to apply for one of the 100 $1,000 Bank Account Program scholarships. The rapper and Chime kicked off the program’s first year with scholarships totaling $100,000 in October 2020.

To launch the crusade’s second year, Chime released a new promo narrated by 21 to publicize the program. “Growing up in Atlanta, the hustling energy just rub off on you,” 21 says in the promo. “Financial literacy is important because that’s one of the main things that you need to operate and be successful as an adult. I just wanted to come up with something that could kids have some understanding of what to do with that money.”

The drive is needed as Black Americans have primarily not gained a strong personal finance cornerstone. In a recent financial literacy test, Black Americans scored 38%, with just  28% answering over half of the questions correctly, BLACK ENTERPRISE reported.

The analysis drew a direct correlation between that lack of knowledge and that between 2009 and 2018, Black Americans saw only a 9% gain in the ability to cover living costs, versus 14% for Hispanics, 15% for Asians, and 16% for whites.

Observers contend that such findings are unsatisfactory and must be changed to lessen the decades-long racial wealth gap between Black and white Americans. They maintain it is imperative that Black Americans gain tools to better educate themselves in such areas as budgeting, saving, and investing.

Earlier this month, Chime and 21’s Leading by Example and Project Backboard unveiled a newly refurbished basketball court at Parkway-Wabash Park in the Atlanta native’s community.

“Basketball created space for me in my childhood to compete, learn comradery, and simply escape the challenges of everyday life,” 21 stated. “I am hoping this court will allow kids in Zone 6 to do the same. When I started my foundation, Leading by Example, I was determined to remove barriers for the next generation of Atlanta because my success is shared with my community who consistently support and inspire me.”