The wealth gap among Black and White American remains an ongoing problem in 2021. Reports have for years and continue to show a Black family has roughly 10 times less wealth than a White family. And that disparity is reportedly even rising higher during the existing economic expansion.

At the same time, some 53% of Black business owners have seen revenues fall by 50% or more since COVID-19 became a vast concern, versus just 37% of white business owners. Observers say those statistics show how forces like systemic racism and economic inequality instilled centuries ago still today  hinder Black Americans from reaping greater prosperity in vital areas such as income and business growth.

But the Ford Foundation, a longtime supporter of advancing racial equality, keeps taking some bold steps to help change those scenarios. Last October, the foundation doubled its funding support for U.S.-based racial justice and civil rights groups with at least $180 million in new funding from the proceeds of the sale of $1 billion in social bonds. The fresh funding brings the the foundation’s commitment now to racial justice advocacy to an unprecedented $330 million over 2020 and 2021.

As of September 2020, the foundation has placed $99 million of $191 million in investments with diverse managers. It reports 33 out of 41 funds in the MRI (mission-related investment) portfolio are diversely owned.

Black Enterprise connected via email with Roy Swan,  director of Mission Investments for the Ford Foundation, to speak on several matters. They included the Tulsa Race Massacre, barriers that remain for Black economic mobility, and the foundation’s work to name a few.

BE: What has been the ongoing impact of the Tulsa Race Massacre on halting economic growth for Black business owners nationally, including in communities like Greenwood? How is it stopping those entrepreneurs and individuals from generating wealth?

In many ways, our American economic system was specifically designed to exclude Black people — from slavery through Jim Crow, redlining, and more policies have been set in place to prohibit Black communities from generating wealth. From Tulsa, to New York, to New Orleans, there is a long history of race massacres that directly targeted the safety, businesses, and livelihoods of Black people and families. The legacy of these attacks lives on in the racial wealth disparities that exist today today and stretch far beyond Black Americans: a study from Citi found that racial wealth disparities have cost the entire US economy $16 trillion over the last 20 years alone.

Greenwood reportedly rose to become among America’s most flourishing Black communities less than 60 years after the Civil War ceased. It had clothing merchants, jewelry and luxury stores, restaurants, and locations for doctors and other professionals. But now much of that is gone. Given that, along with the devastating impacts of the pandemic, what needs to be done to reinvest in Black communities nationally to help them experience economic development and growth?

Corporations, philanthropies, and government at all levels need to apply a racial equity lens to their investments overall, and understand the immense opportunity and talent that exists within Black communities. It will not only provide economic development and growth for communities that have been historically overlooked, it’s better for business and the economy.

Large businesses and endowment investors should also look to diversify who manages their money. Less than 1% of the $71 trillion in assets in management in the U.S. are managed by women or people of color. Assets that are managed by Black investment managers, are more likely to be allocated to the communities that need them the most. That’s why we are proud to invest with asset managers like Fairview Capital Partners, led by  Laurence Morse and JoAnn Price, and Lo Toney’s Plexo Capital, who are working to help institutional investors reach diverse and innovative segments of the private markets.

The exciting thing about all this is that helping Black communities will help the entire nation.  McKinsey estimates that eliminating systemic racism can increase the national economy by $1.5 trillion. This is not a zero sum game.

What barriers remain that are preventing Black entrepreneurs now from opening new businesses or expanding existing Black-owned businesses across the country?

One of the largest barriers facing Black entrepreneurs is access to capital. Black entrepreneurs are consistently overlooked by traditional investment firms and receive less than 1% of venture capital funding. At Ford, we work with partners like the Black Venture Capital Consortium, Black Economic Alliance, and Lafayette Square to drive an increase in investing within Black communities.

What is the Ford Foundation’s current strategy to spark new investment and development in Black communities nationwide when it comes to helping new Black-owned business startup, providing capital to those firms looking to expand, as well as gain other needed resources to spur such growth?

We are also proud to work in partnership with Connecticut State Treasurer Shawn Wooden to convene the Corporate Call to Action — a group of 18 of the country’s leading financial institutions who are working collectively towards racial equity. Most recently, the members have committed to increase their spending with suppliers and businesses owned by people of color, particularly Black-owned businesses, by $10 billion; to launch or scale programs that partner with and invest in Black and other historically marginalized communities; support career development and mid-career opportunities for Black professionals; and improve their internal transparency and practices to reach racial and salary parity within the financial services industry.

President Joe Biden just became the first sitting U.S. president to visit the site of Tulsa Race Massacre. His administration announced some steps to combat racial equality. They included plans to expand federal contracting with small, disadvantaged businesses, invest tens of billions of dollars in communities like Greenwood suffering from lingering poverty and pursue new efforts to combat housing discrimination. In terms of the nation’s business community, what else do you think needs be done to help Greenwood and other communities to prosper moving forward?

We all have a role to play in advancing racial equity — from government, to philanthropy, and within corporate America. The U.S. banking system has an enormously important role to play in enhancing the national economy  through greater access to capital for Black people, as highlighted by Raphael Bostic, President of the Federal Reserve Bank of Atlanta, in an essay covered in a Wall Street Journal article last year.  Over the past year, a number of organizations made pledges and commitments towards the future. It’s now time to turn those commitments into targeted and dedicated action. 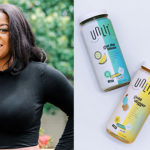 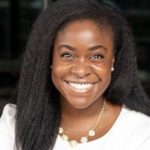 FacebookTwitterYoutube
← Black Woman Founder of Hangover Recovery Drink Making History, Being Eyed By Coca-Cola ← Meet the 94th Black Woman to Have Raised $1M in Venture Capital For Her Startup
×