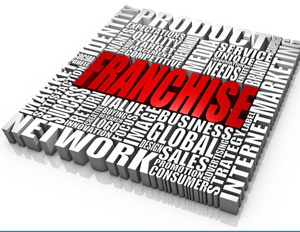 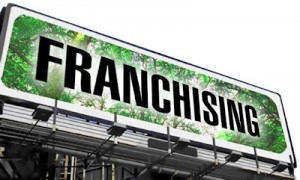 In 2003, after some 25 years of service with FedEx, Edith Kelly-Green entered into retirement. At the time, the 50-year-old cancer survivor relished the thought of having nothing to do.

“Which is what I did for about a year,â€ says the former and first African American female vice president and chief sourcing officer for Memphis-based FedEx Express. It was while sitting in a Starbucks and reading the paper that she learned a local Lenny’s Sub Shop was for sale.

Kelly-Green’s daughter, Jayna, a college student at the time and frequent patron of Lenny’s Sub Shop, raved about the food and the concept. Headquartered in Memphis, the franchise features sliced to order submarine sandwiches and authentic Philadelphia-style cheesesteak sandwhiches. Kelly-Green was looking for a way to create a legacy and ongoing wealth for her family. She made a phone call to inquire about investing in the brand but ended up becoming a franchisee. Since she was financially secure, Kelly-Green wasn’t seeking supplemental income when she acquired her first store in 2005 in Oxford, Mississippi, her hometown.

Today, she is the largest multi-unit franchise owner of Lenny’s Sub Shop. Over a period of six years, Kelly-Green purchased 10 Lenny’s Sub Shops in Memphis and in Oxford. Her shops average annual sales revenues between $350,000 and $1.2 million. She currently runs her stores–two of which consistently rank in the top 5% of all Lenny’s Sub Shop locations across the country–with her two sons, James Kelly and Ryan Green. In addition, she served as one of five franchisees with a seat on Lenny’s advisory board until 2012. And Green was the first ever recipient of the Black Enterprise Small Business Award for Franchise Owner of the Year when the new category was added to the mix for 2013 to reflect growing opportunities for minorities in franchising.

Right from the start, Kelly-Green knew she didn’t want to be a single location owner.

“I wanted to own at least 10 stores. That was my objective,â€ she recalls. Her training as a CPA has been invaluable; she knows how to account for every penny of the business as well as handle payroll and sales taxes. Her background working with FedEx’s supply chain also proved useful in handling vendors, understanding purchasing, and reducing costs.

Kelly-Green’s recipe for success and ability to scale has been partnering. She partnered with Marlin Harris in eight Lenny’s locations until his death in 2009. When the two first met, Harris owned six stores, with different partners. Not only was he one of the original employees hired by Lenny’s founder Len Moore, but he also was Moore’s partner in the first three stores during Lenny’s startup phase. In 2005, Kelly-Green and Harris first bought a Lenny’s Sub Shop at Memphis International Airport. Then in 2006, Kelly-Green bought out Harris’ other partners to acquire ownership in six additional stores.

“He had experience running the store,â€ she explains. “It made sense to combine his operational skills with my skills in human resources and finance.â€

The following year the partners opened their first store from scratch.

“It was a great location; probably one of the best-looking stores in the neighborhood, near the university [University of Memphis],â€ she says. “But when the economy went down [during the Great Recession] we felt it. People were eating at home and going to cheaper places.â€

She adds the store has its ups and downs but is profitable. The franchisee also runs concessions for Memphis’ Liberty Bowl Memorial Stadium and Fairgrounds.

“Each store has its own personality; profitability is a function of your location, market, and employees,â€ notes that 60-year-old franchisee.

Kelly-Green notes that much of her training at FedEx focused on customer service. Transferrable skills and philosophy: hire the right employees, provide them with the right training, and ensure employees are customer-oriented. Happy customers are repeat customers.

“That generates sales and incremental revenues. That is how you get a return as an owner.â€

She adds that the decision to open more Lenny’s Sub Shop stores is dependent upon three things: personality, profile, and profitability of a particular shop’s location. “As a family we are evaluating opportunities in our current franchise and other brands,â€ she adds. So, “we may diversify our portfolio.â€