Founder of FUBU J. Alexander Martin Talks New FOR US BY US Network and Continued Growth of Fashion Empire 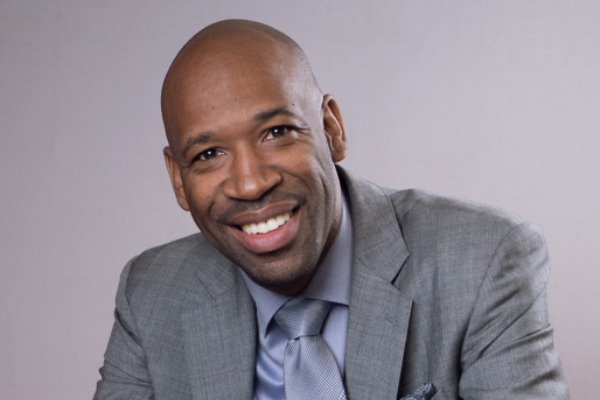 For years, Martin dreamed of building a service that told Black stories. He launched the network with a focus on independent films, series, and documentaries that offer an institutional change in the landscape.

Alexander shared how FOR US BY US aims to serve the growing appetite for new and fresh content in Black households and for viewers looking for diverse stories on television. The entrepreneur and fashion designer is taking what he and Daymond John did at FUBU 30 years ago and applying it to the new-age TV model that goes beyond the traditional networks.

From reality shows like The Making of Saucy Santana to short independent films like Stop The Killing, FOR US BY US NETWORK gives a platform to emerging underrepresented talent in the Black community. It was a long time coming for Alexander who has been working on launching the platform for over a decade.

“I’ve been doing this for about 13 years. So, it’s been a natural day-by-day struggle to get it out there with enough content,” Alexander told BLACK ENTERPRISE.

“To be someone in this space. The streaming space is very large,” he said. ” Everyone thinks of the Netflix and the Hulu’s and I want to be able to compete.”

The network comes as Alexander’s legendary FUBU brand continues to scale in a new generation of fashion consumers who are incorporating the brand’s iconic culture into their personal style. The limited-edition FUBU Forever 21 collection reintroduced some of the streetwear brand’s most popular styles from the 90s and early 2000s like velour sweatsuits, denim sets, bucket hats, and oversized jerseys.

It’s part of the vision Alexander always saw for the brand and part of his continued drive as a businessman over the last three decades.

“I can go back to where my partner Daymond John. You know, Mr. Shark Tank, he created a hat,” Alexander recalled about the start of FUBU.

“And from that, I had the vision to take that hat to a clothing line. And in turn, I’m just that type of guy. If I see something, I see a vision, I see where it’s going to go, I’m just going to keep going and going again until it gets done.”

FUBU will forever be etched in the culture as an iconic and groundbreaking 90’s brand that grossed over six-billion dollars and spoke directly to a generation of go-getters. FOR US BY US NETWORK is on track to take the same direction, Alexander says.

The entrepreneur takes us back to his days working in Macy’s sales department and quitting after he was accused of stealing a tie. On his way out, Alexander told his former manager that he would be back one day to sell his own fashion line in the store.

“Now fast forward to the next time, I walked back into Macy’s, we came to sell FUBU,” Alexander said.

The brand went on to have the first window display for a Black-owned streetwear brand. Alexander remembers his former manager was still working in the sales department.

Press play below to learn more about Alexander’s journey to turning FUBU into a legendary streetwear brand and his plans for his new FOR US BY US NETWORK.