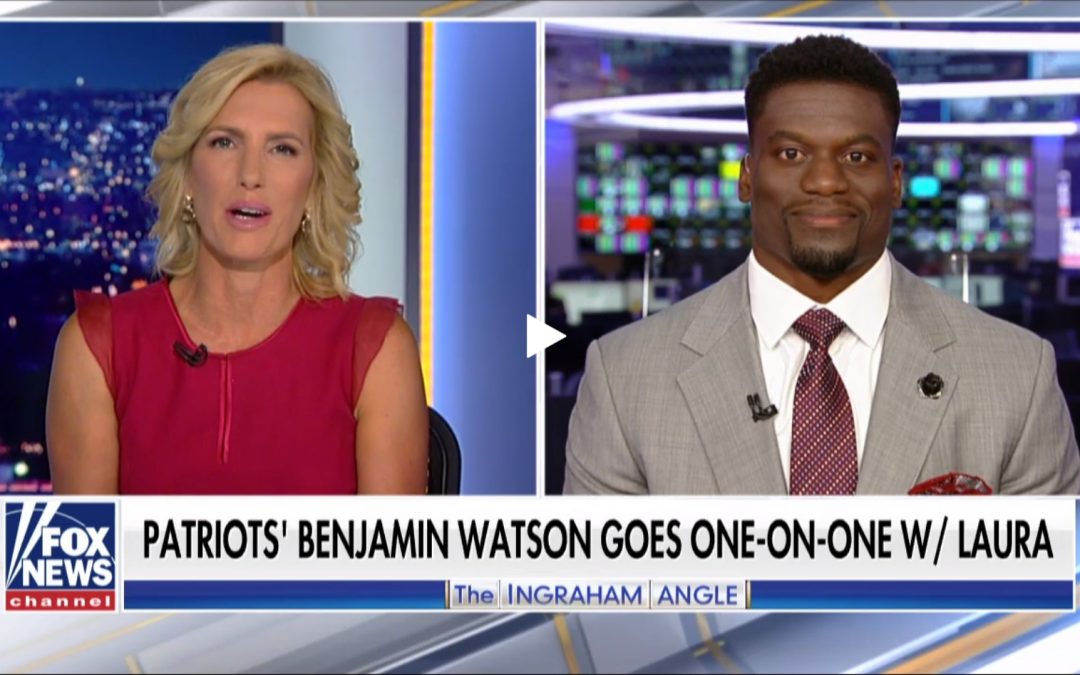 The Washington Post reported that Fox News immediately cut to a commercial when New England Patriot player Ben Watson didn’t exactly agree with a sentiment they were discussing.

As they approached the subject around an article written by Jemele Hill (called It’s Time for Black Athletes to Leave White Colleges), Fox News host Laura Ingraham asked Watson his opinion on the matter.  What Ingraham didn’t expect was Watson agreeing with the sentiments of Hill. At this juncture, a commercial break was warranted as the host was visibly shocked when Watson gave an opposing view.

Watson and Ingraham spent the majority of the discussion talking about New Orleans Saints’ quarterback Drew Brees’ involvement with anti-LGBTQ group Focus on the Family, as well as the Christian initiative for kids to “Bring Your Bible to School Day.” When that subject ended, Ingraham, anticipating Watson’s agreeance, then broaches the article by Hill stating her preference for college-bound black athletes attending HBCUs instead of the white universities they help stay rich.

Ingraham asks Watson, “What’s your reaction to this?” Watson’s response? ” What [Hill] was saying was simply, if we are trying to pump money and revenue into some of these communities that there is still this big disparity, this may be a way to do it. Obviously, that’s in a vacuum, there are other factors that figure into that, but when you read her argument, she lays it out very cleanly and it’s actually something that I agree with.”

“Well I think Duke would have not been thrilled about you’re not being there, but we will leave it at that,” Ingraham says. “College sports would certainly be a lot different today if we went down a color-coded way of figuring out college admissions. That’s like re-segregating the country! Why do we want that?!”

“Segregation, as you know, is government-mandated. This is not segregation. If you read the article…” as Watson was trying to emphasize, she cuts him off and ends the segment.

Jemele Hill, not known to shy away from anything, offered this on her Twitter feed, “What’s so hilarious about this is that on an almost nightly basis Laura Ingraham bitches and complains about how white people are being replaced, and how diversity is bad for America.”