Fox News Sued For Claiming COVID-19 Pandemic is a ‘Hoax’ 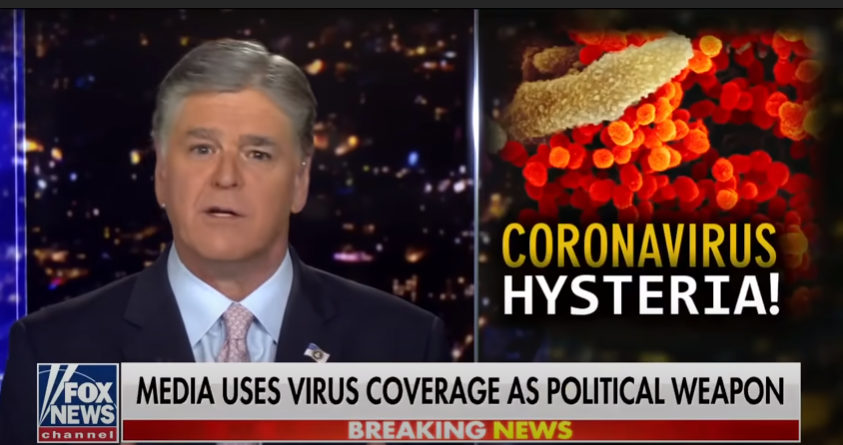 The network that claims other networks report fake news is being sued for the exact same thing, according to Mic.

Fox News has been slapped with a lawsuit on its coverage of what they once termed a “hoax” regarding the coronavirus. Based on early coverage of the COVID-19 pandemic, Fox News had initially covered the news as a hoax by the Democratic Party to use it as a tool to attack President Donald Trump. As the virus started to spread, the network shifted its focus and started to praise the president’s response to the pandemic. To add insult to injury, Fox News claimed that it was the Democrats who were slow to act.

Last week, the Washington League for Transparency and Ethics (WASHLITE) sued the network, claiming that it had intentionally misled people and in doing so, it allowed the coronavirus to spread.

“Defendants knowingly disseminated false, erroneous, and incomplete information, which was reasonably relied upon by the public and which had the effect of delaying and interfering with the implementation of effective mitigation and countermeasures against the virus,” the League said in the complaint. “Defendants’ actions created an ongoing uncertainty amongst some members of the public as to the dangers of the virus and the rapidity with which the virus spreads.”

WASHLITE also is alleging that one of its members contracted the virus; due, in part, because Fox minimized the COVID threat by the malfeasance of the network. “The defendants have created an epidemiological hazard,” WASHLITE said in the lawsuit. “A subset of the population has and will continue to ignore or resist reasonable and necessary efforts to control and mitigate the virus and prevent mass death.”

The Fox News network has dismissed the lawsuit as a frivolous one. “Wrong on the facts, frivolous on the law,” said Lily Fu Claffee, general counsel for Fox News Media. “We will defend vigorously and seek sanctions as appropriate.”

Amanda Martin, a media lawyer at the firm Stevens Martin Vaughn & Tadych, tells Mic: “Generally speaking, the First Amendment protects speech, even some false speech,” explaining that “protections are even stronger for statements of opinion, such as saying that the ‘liberal media were motivated by desires to harm President Trump.'”

Martin also stated that false claims in advertising can “give rise to liability,” but media organizations have stronger First Amendment protections than does commercial speech.

“Over the years there have been a few cases against media, claiming that a broadcast or publication led to someone’s death,” she says. “Those claims usually come in the form of a negligence claim, and they almost always fail. It is very difficult for a plaintiff to establish that the media have a generalized ‘duty of care’ to an audience and that they failed to meet that duty.”