Frances Tiafoe Has Emotional Response to US Open Victory 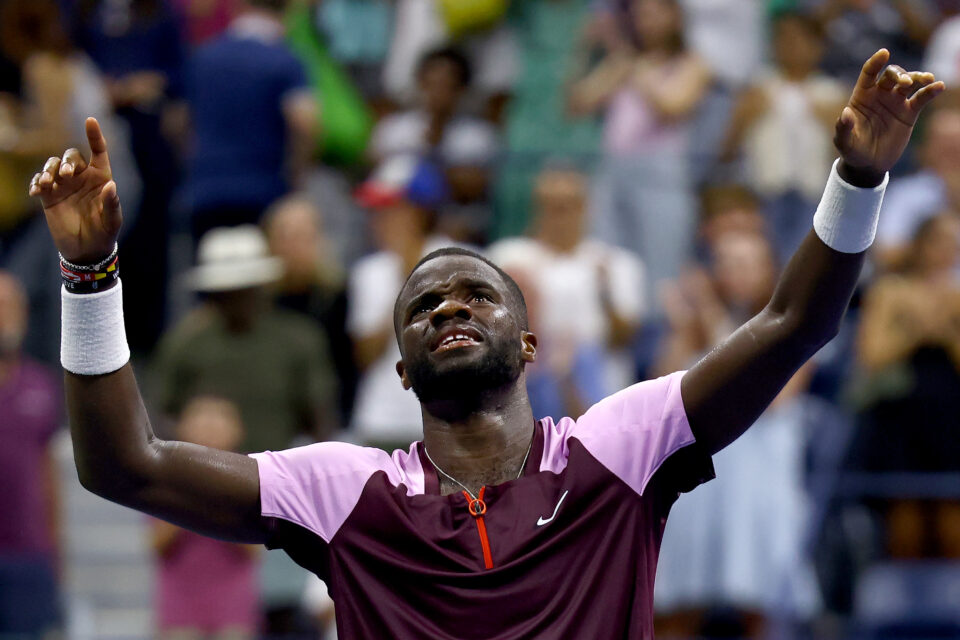 On Monday, Tiafoe, 24, won against Nadal and made it to the U.S. Open quarterfinals for the first time in his career, ESPN reported. Tiafoe’s 6-4, 4-6, 6-4, 6-3 victory over the No. 2 seed came in the fourth round at the famed Arthur Ashe Stadium in Flushing Meadows Queens.

“I felt like the world stopped,” Tiafoe said. “I couldn’t hear anything for a minute.”

His excitement skyrocketed when he saw NBA champion, LeBron James, cheering him on via Twitter.

The thing that made his U.S. Open win the most fulfilling was knowing his Sierra Leone native parents, Constant and Alphina, were in a guest box watching him play to victory.

“To see them experience me beat Rafa Nadal—they’ve seen me have big wins, but to beat those Mount Rushmore guys?” Tiafoe said.

“For them, I can’t imagine what was going through their heads. I mean, they’re going to remember today for the rest of their lives.”

The 22-seeded American is now the youngest American man to get this far at the U.S. Open since Andy Roddick in 2006. Tiafoe’s family emigrated to the U.S. in the 1990s to escape Sierra Leone’s civil war.

After moving to Maryland, Constant helped build a tennis training center for juniors before taking on a maintenance job there. It was then when Tiafoe started playing tennis as a child with hopes of receiving a college scholarship one day.

“It wasn’t anything supposed to be like this,” Tiafoe said.

Nadal was 31-2 in majors against American players and had won 27 straight since losing to James Blake, who interviewed Tiafoe for ESPN after Monday’s match,  in 2005. He took the end of 27-game win streak in stride.

“Well, the difference is easy: I played a bad match, and he played a good match,” Nadal said. “At the end, that’s it.”