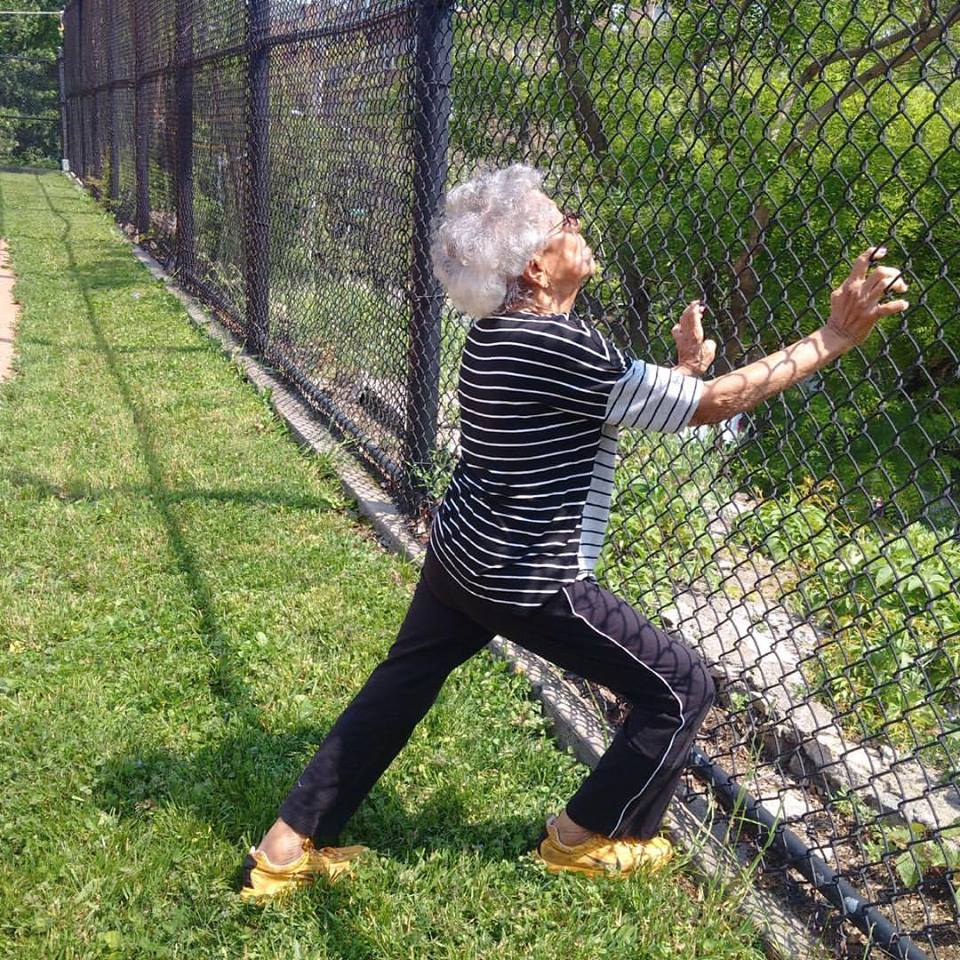 Centenarians are understandably rare. After all, most of us will not live past age 100, even though more of us are living longer than ever. So how much rarer is a centenarian who happens to be an internationally celebrated athlete?

Well, the fact is, Ida Keeling is one of a kind. Her memoir, Can’t Nothing Bring Me Down: Chasing Myself In The Race Against Time (written with Anita Diggs), takes you with her along a rugged course through the decades, from growing up during the Great Depression as a child of Caribbean immigrants, to becoming a world-record holder for the 60 meter dash in the 95-99 age group and the 100-meter dash for the 100-104 age group. Keeling is the first centenarian woman in history to complete a 100-meter run, at the age of 100. Today, at age 102, she’s still running, with no plans to stop.

However, Can’t Nothing Bring Me Down is about far more than longevity secrets, nutrition tips and training regimens for aspiring centenarian athletes. Keeling began running at the tender age of 67, at the urging of a daughter who was desperate to shake her mother from a despondency triggered by the violent, unsolved murders of both of her sons within a three year period. Her memoir is a personal, intimate, and unflinchingly honest account of what it means to be a black and female in an America where those designations meant struggle, danger, and injustice.

Can’t Nothing Bring Me Down has a Forrest Gump quality to it, not only because both fictional film character Gump and Keeling found solace and freedom in running, but also because both share biographies that chronicle how our country has changed over the course of time. Keeling’s story is roughly twice as long as Gump’s, spanning more than 11 decades, including stories about how her parents struggled to achieve the American dream after immigrating from the British Virgin Island of Anegada, her father in 1912, joined by her mother the following year.

Keeling makes it pretty clear that there was almost nothing in her first six decades of life that would lead anyone to think she was destined to become a competitive runner as a centenarian. However, her life experiences provide vivid snapshots of how far America has come as a nation—in its treatment of black people, and especially black women—and how very far it still has to go. In a matter-of-fact fashion, refreshingly bereft of superfluous melodrama, Keeling bears witness to the capricious and deadly violence that could befall black men, women, and children at any moment, with absolutely no recourse, as well as the seemingly hopeless struggle to gain access to education, employment, and decent housing.

A disturbing example is her recount of a young black boy shot to death by a white policeman for bouncing a ball against a wall (unable to read the posted sign prohibiting this conduct). When the boy’s mother and father each tried to intervene to save their son, he shot them both to death, too. The response of Keeling, and most black Americans of that era, to such devastating and heartbreaking injustice, was to press forward, to keep putting one foot in front of the other no matter what. And therein lies the book, as well as its author and African Americans collectively. Women like Ida Keeling are the model of relentless determination we honor the mothers of the Black Lives Matter movement for. Her steadfastness in the face of adversity is not totally unrewarded: the violent deaths of her sons are a contrast to the professional success and accomplishments of her two daughters, one of whom, Cheryl Keeling (herself an accomplished runner and track coach) entered her mother in that fateful 5K run more than three decades ago.

Can’t Nothing Bring Me Down is an especially valuable read for millennials, especially those engaged in the #MeToo and #BlackLivesMatters movements, providing a firsthand, eyewitness context to these and related campaigns for justice. The book is a vivid illustration of how these battles were being fought long before the advent of social media. Ultimately, while Keeling has made her mark for her ability to cover 100 meters of ground, it is her 100-plus year of life experience that is the rarest gift of all. For wisdom, truth, and inspiration, Can’t Nothing Bring Me Down is well worth the read.