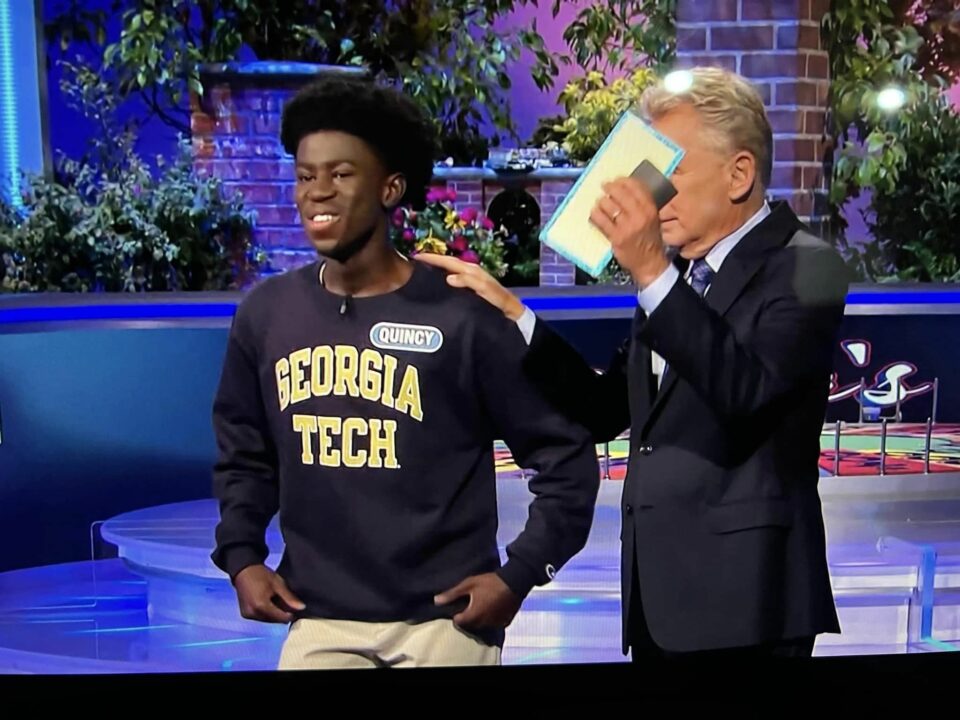 A Georgia Tech sophomore secured the bag after testing his smarts on “Wheel of Fortune.”

On Monday night, Quincy Howard crushed an episode of an ongoing college week series on the longtime game show. He left with not only a whopping $35,750 but also a shiny red and black Mini Cooper, WRDW reports. And his parents bared big smiles while cheering the brainiac on.

Howard had snagged his cash prize right before entering a smashing bonus round. In this final lap, he won the puzzle category “People” after guessing the correct answer “Kids At Play” within 10 seconds.

Take a look at what happened here:

Host Pat Sajak then opened up his card of winnings and posed a question to the teen.

Howard spun around in disbelief as his mom and dad approached him with congratulatory embraces. The excited trio ran toward the unveiling of the brand-new Mini Cooper; the rest is history.

Howard waved to the cheering crowd as he sported in his lustrous vehicle.

The final round brought his total winnings to $69,600.

According to Fox 5 Atlanta, Howard’s former high school, Dublin City Schools, gave the young man his flowers in a gleaming Facebook post after his win on the game show. The post confirmed that Howard graduated as Dublin High School Class of 2021 valedictorian with honors.

“Way to go Quincy!!! You cleaned up at Wheel of Fortune! You continue to make the Green and Gold beam with Irish Pride! ☘️”

Howard is pursuing a Bachelor of Science degree in Industrial Engineering at the Georgia Institute of Technology in Atlanta. According to his LinkedIn, he wants to utilize his degree to become an Operations Research Analyst for a business or corporation.

Georgia Tech also posted the star student in case anyone missed the triumph.

“Now let’s get some “old gold” on the super Cooper!!” a Facebook user exclaimed in the posts. Georgia Tech couldn’t agree more.