Catch Up on All the Tea With These Great Weekend Reads 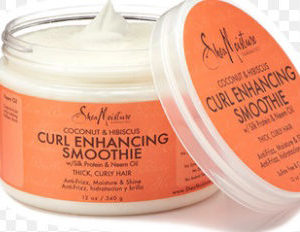 We’ve survived yet another week of blunders–from the Trump administration to Shea Moisture, which demonstrated exactly what not to do as a brand, when it comes to marketing. Fortunately, the weekend is here, andÂ we can take some time to catch up on all of the headlines that we may have missed throughout the week.

Here’s a round-up of the some of the news stories recentlyÂ published on BlackEnterprise.com.

“In my opinion, President Trump gets an ‘F,'” says the article’s author, Stanley Fritz.

After branding himself as the “ultimate negotiator,â€ President Donald Trump’s first 100 days in office have proven to be an abject failure.

2.)Â Don’t Bite the Hand That Feeds You: 3 Ways to Avoid the Shea Moisture Mistake

Shea Moisture has recently joined the ranks of Pepsi and United Airlines—companies who ruffled more than a few feathers.

3.) Oprah Reveals That She Never Planned to Star in Henrietta Lacks [VIDEO]

At the premiere of the HBO film The Immortal Life of Henrietta Lacks, Oprah Winfrey admitted that even she gets scared by big roles.

4.) 5 Career Gems That Obama Dropped at the University of Chicago

During his first public appearance since leaving office, Obama shared great career advice with the students at the University of Chicago.

BeyoncÃ© celebrates the one-year anniversary of the release of her solo album “Lemonade” by supporting the education of young women through the inception of new scholarship program, Formation Scholars.