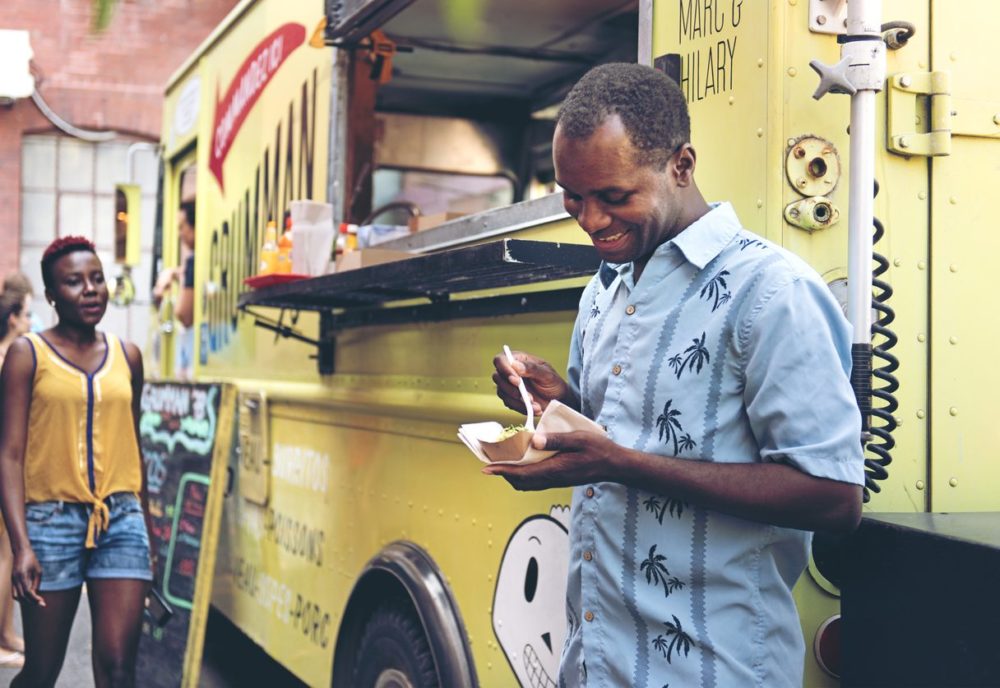 The South is known for many things, but the food is a staple that resonates with people all over the world. Be it soul food, desserts, or seafood…the South has it all. And, there’s no way that we could take BE to the QC without creating an experience for Entrepreneurs Summit attendees to have a taste of the South. That is why we are partnering with Black Business Owners of Charlotte and the City of Charlotte to host Black Food-Truck Thursday. Beyond the food, Charlotte is on the radar of many entrepreneurs for the rapid growth that is happening there.

Charlotte is home to more than 13,000 black businesses and Cathay Dawkins, founder and CEO of Black Business Owners of Charlotte (BBOC), is fostering some of that growth. In 2014, Dawkins founded the organization to provide business development, branding, advertising, and networking opportunities for entrepreneurs in Charlotte and surrounding areas. And, he says that one of the primary reasons why he stared BBOC was because it was what he needed.

“As an entrepreneur, I didn’t feel like I had the support I needed. And, the places that I went to for support I couldn’t afford the fees that they required for me to be a part of their organization,” says Dawkins.

In response to that need, not only did he start the BBOC but he made sure that other entrepreneurs would be able to afford membership costs. Three years later, 3,200 people now belong to the organization and 75% of them are entrepreneurs and the other 25% are community members who are invested in serving the greater Charlotte area and learning about entrepreneurship.

And, Dawkins says that one of the things that sets his organization apart from others is that they serve.

“We want the community to see and know that black entrepreneurs are heavily invested in their community,” says Dawkins.

BBOC also plans and hosts exclusive events. And in October of 2017, Dawkins and his executive team created and launched Charlotte Black Restaurant Week and Food-Truck Fridays which has garnered over $725,000 for the city of Charlotte.

It goes without saying that Dawkins and BBOC are about their business and others in the city have noted that too. After working diligently to foster a relationship with the City of Charlotte, Councilman James Mitchell, chair of the local Entrepreneurs Summit steering committee, identified BBOC as a critical member of the community and a great partner.

“In the midst of that I had no idea at the time that Mr. Mitchell was calling BLACK ENTERPRISE to tell them that he found someone who could do the black food truck event,” says Dawkins.

And, the rest will be history! On Thursday, June 7, we will be partnering to bring 20 black-owned food trucks to downtown Charlotte for a taste of Charlotte with special remarks from BLACK ENTERPRISE President and CEO Earl “Butch” Graves Jr., Councilman Mitchell, and Dawkins.

Here’s a sneak peek at some of the food trucks that will be joining us for Food-Truck Thursday: