'Get Your Flowers!' Janet Hubert Receives Two-Minute Standing Ovation at Will Smith Event 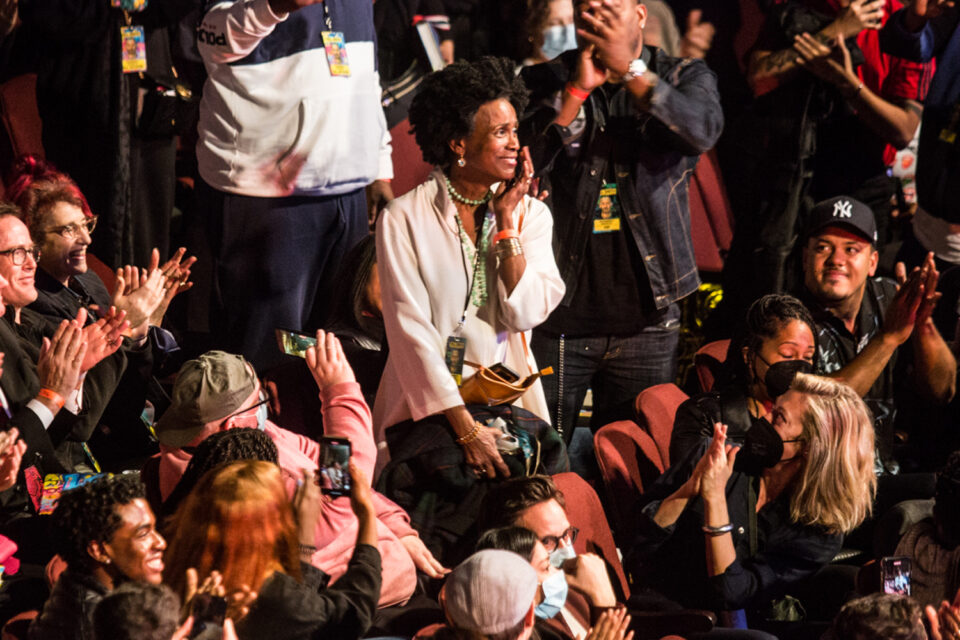 Will Smith took a minute to praise Janet Hubert at his recent event, resulting in a two-minute standing ovation for the original Aunt Viv.

On Tuesday, Smith appeared at the King’s Theatre in Brooklyn, New York, for his “Will Smith: An Evening of Stories with Friends” event, People reports. While promoting his new memoir Will, the Men In Black star shared highlights of his life journey and the memorable lessons that came out of his experiences.

At one point, Smith gave a shoutout to two of his former Fresh Prince of Bel-Air co-stars that were seated in the audience, Karyn Parsons, who played Hilary Banks, and Hubert, who Smith referred to as the “original Aunt Viv.” Upon Hubert’s mention, the audience broke out in applause that lasted two minutes.

“Stand up, Janet. Get your flowers!” Smith said to Hubert. “Take it in! Take that in!”

The emotional moment came one year after Smith and Hubert’s “healing” moment filmed for the Fresh Prince reunion that aired on HBO Max. It was the first time the two had spoken in 27 years following Hubert’s removal from the show in 1993.

“That is such a beautiful thing. Thank you all. You know, Janet and I — I’m assuming you all saw Janet and I a few months ago on the 30th anniversary of Fresh Prince, for the first time talked out the issues that we had had,” Smith said.

“It was one of the most healing experiences of my life, and it was a big part of the place that working on this memoir got me into,” he added. “I just wanna thank you, Janet, for being open. That’s a big part of the exploration that I wanted to do in this book.”

Hubert dealt with seemingly being blacklisted in Hollywood after being let go from Fresh Prince. But since rekindling her bond with Smith, the doors have started to open. It’s something she recently noted while speaking on the peace that came from their reunion.

“I don’t know if it’s a comeback,” she said. “I haven’t come from anywhere; I’ve been here. It’s just now … I always had to prove myself. I also had to walk in with a presupposition, and I don’t have to do that anymore, which is really lovely.”