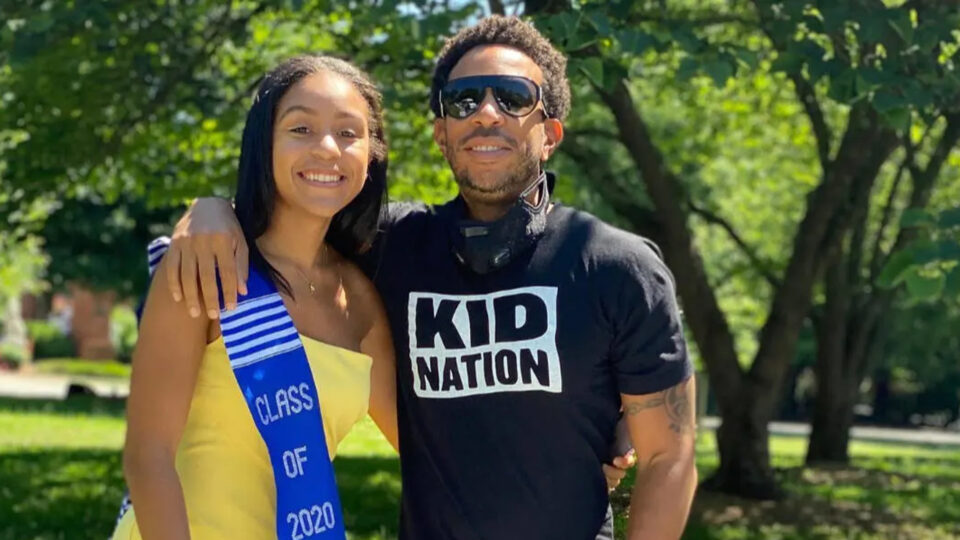 Hip-hop musician and actor Ludacris penned his first children’s books for all the brilliant little girls and boys out here. Don’t forget the girl dads too!

Born Chris Bridges, the Fate of the Furious actor just released his first children’s and picture books Daddy and Me and the Rhyme to Be, which are inspired by his eldest daughter Karma, 20, who aspired to be a rapper like her dad when she was younger. The book was released on Jun 7 on Scholastic.

“When Karma was 6 years old, she joined me in the studio and asked if she could make music, too. I remember giving her the classic but true advice, ‘Write what you know,’ ” Ludacris told PEOPLE about the book.

He continued: “I want each of my daughters to live out their own dreams, and at that time in her life it was fun to hear that Karma had an interest in following in my footsteps.”

Ludacris shares daughters Chance, 11 months, and Cadence, 7, with his wife, Eudoxie Bridges. He also has daughters Cai, 8, and Karma, 20, from previous relationships.

The new book is an original Karma’s World story. In 2020, the self-proclaimed girl dad created the Netflix animated series that follows lyrically gifted 10-year-old Karma Grant who finds her voice and uses it to solve any problem, BLACK ENTERPRISE previously reported.

Now the series has two seasons and a third on the way.

Animated by Tennessee-based illustrator and character designer Parker Nia-Gordon, Daddy and Me and the Rhyme To Be were co-authored by Emmy and NAACP-nominated TV writer Halycon Person.

The picture book vividly illustrates the special bond between a father and daughter — music and rhyming. The storyline follows Karma as she attempts to write her daddy a rap for his birthday all on her own, but she might need his help after all.

The illustrations feature colored rhyming lines in the book which were heavily motivated by Bridges’ writing days with Karma in the studio.

“We would go back and forth to create rhyming patterns that both of us liked,” he recalled. “The book is a reminder to my daughters that they always have their daddy by their side to help!”

Uplifting Black girls is the vision. Ludacris is creating stories that represent Black girls and tells their stories. He hopes fans of the book will feel supported and motivated through hard situations.

“I also hope that when they connect to Karma’s music, it inspires them to find their form of self-expression,” he writes. “I want people who read the book and watch the show to know that it’s OK to make mistakes and that there are tools available to help us all through difficult situations.”