Greenwood Plans To Fully Open By Upcoming Fourth Quarter, Once Its 800K Customer Waitlist Is Exhausted 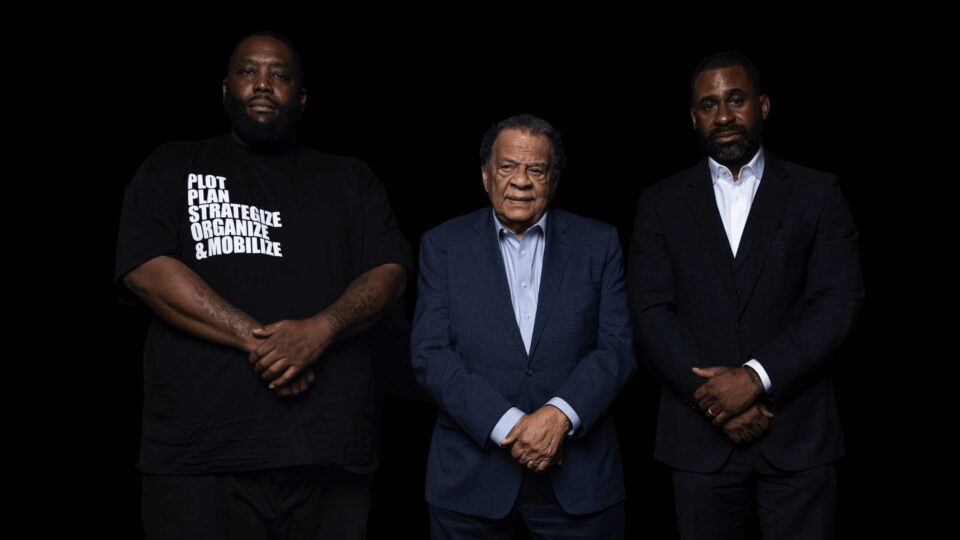 Killer Mike, Ambassador Andrew Young and Ryan Glover (Image: Greenwood)
Customer demand to do business with Greenwood’s digital banking platform continues to surge as the number of people on its waitlist has grown to 800,000.

Greenwood Chairman and CEO Ryan Glover provided BLACK ENTERPRISE updated waitlist figures in an interview this week. He says since January 2022, the Atlanta-based fintech has invited 150,000 people to set up their accounts. So far, over 30,000 people have established savings and debit accounts.

Glover expects the roughly 650,000 remaining people on the waitlist to be exhausted by the end of the fourth quarter this year. He says that Greenwood plans to fully open it to the public once that list is used up. Greenwood mainly offers services for Black and Latino individuals and businesses. The company reported it is working with FDIC-insured banks, allowing customers to access debit and savings accounts.

The platform, now only available to waitlist customers, was delayed twice in giving people access to the app since 2020. But Glover says, “our baby has been born,” and he expects no further delays. He added that the company has all technology functions in place that should prevent that from happening again.

Greenwood’s growth prospects increased after it just announced plans to acquire the private membership network The Gathering Spot. Greenwood now has assets of over $40 million.

Reflecting on the deal, Greenwood told BLACK ENTERPRISE the “two brands joining forces will provide access to capital, wealth building guidance, business networking, and community engagement to over one million people in our collective communities.”

And Greenwood plans to use roughly $40 million in Series A funding it gained last year from many banks, including JPMorgan Chase, Bank of America, and Wells Fargo. The funding means Greenwood could pitch home mortgages and investment vehicles among its offerings. “Personal and business loans (also) are still on our product road map and the timing of those services will be announced at a later date,” Glover says.

Like other banking platforms, Greenwood plans to make money by collecting interchange fees each time a customer uses a debit card. That revenue-generating capacity can potentially grow as the platform’s number of customers rises. Bloomberg reported that Greenwood is targeting 40 million Blacks and 60 million Hispanics in the country.

“That’s 100 million people that are our target audience, just in America,” Founder and board member Paul Judge told the news outlet.

Glover is pleased with the attention individuals have shown to Greenwood’s services.

“We are thrilled with the high customer demand that we have consistently received since our announcement, and it serves as a testament that our community is in search of an authentic banking experience that Greenwood provides,” Glover says.