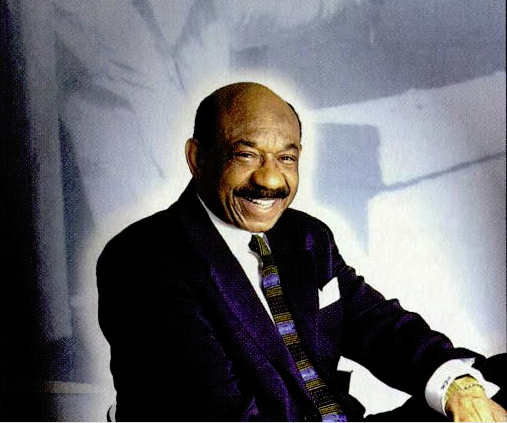 Herman J. Russell purchased his first property in 1946–a vacant lot where he later built a duplex. Over the years, he would acquire and develop numerous real estate projects in the Jim Crow South. He would also build a construction powerhouse that would consistently rank among the largest black-owned companies and reshape the Atlanta skyline.

In recognition of these and other achievements, BLACK ENTERPRISE awarded Russell the A.G. Gaston Lifetime Achievement Award in 1997. He has since handed the reins for H.J.  Russell & Co. (No. 15 on the BE INDUSTRIAL/SERVICE COMPANIES list with $248.4 million in revenues) to his sons, but he remains very active in the company leadership, serving as chairman. BE spoke with Russell, who authored Building Atlanta: How I Broke through Segregation to Launch a Business Empire, about his seven decades in the industry. Here’s what he had to say:

The construction industry is one of the industries that has very little minority participation. What advice can you offer an African American entrepreneur looking to get into this area to help them overcome that?

Herman Russell: Do not hesitate. Push for opportunity but most of all be persistent, prompt, and reliable. African Americans make up a huge percentage of the population so it is important that you work hard to increase the percentage of our participation and you should seek it as if your life depends on it.

How has the industry changed over the years from the perspective of someone trying to land that first contract?

Russell: As a young entrepreneur growing up in Atlanta with all the challenges African Americans experienced just being African American, you can imagine that the business world was no less challenging. But the key here is that it was challenging, it was not impossible. I worked hard to focus on my business, ensuring that it was competitive and maintained a consistent reputation of honesty and good workmanship. While those characteristics were not always considered in the decision making process, it did often help and eventually made a difference when considering my company among the others.

Today, it is still a competitive process and pots are growing smaller as the participant list gets longer. Although the RFP process is more sophisticated than it was in the earlier years, it is still the company whose good reputation precedes them and who can come in as the best bid at a reasonable price [that] will get the contract.

I’m sure you experienced overt racism in the industry during the segregation years. How did you handle it?

Russell: As you are aware I am 83 years old so you know I’ve experienced racism in all areas of my life including this industry. However, I did not allow racism to dictate my success. If racism played a role in creating an obstacle I would go around it. For example, there were many who would not sell land to an African American. So, I would have my “Greek brotherâ€ purchase the land for me and continue to move forward building and developing my projects uninterrupted. By the time white landowners discovered what had happened, it was too late. I discuss these transactions in my book. In my book, I point out that although racism was pervasive in this era, every white person was not a racist and many, like my Greek brother, worked tirelessly to assist me and other African Americans to succeed–even during the segregation years.

What sort of mistakes did you make early on and what were the lessons learned?

Russell: That is a good question. I shall never forget overlooking and miscalculating some numbers in preparing an RFP that cost me a bid. From that moment on, I made sure that I would pay attention to details. So I would pore over every contract and proposal, checking and rechecking to make sure that every detail was covered. Often I would be up to the early morning hours reviewing and ensuring that each proposal was accurate and complete. I learned that attention to detail is a CEO’s best friend.

You have a multi-generational family business. What’s your secret for grooming your children to take over?

Russell: I put my children to work in the business at an early age. They did not have glamorous or “pen-pushing” jobs. I made them get into the field and get their hands dirty. They worked on the properties and on the construction sites. No cushy office jobs for them. Then at the dinner table we would have a variety of discussions including conversations about what they learned while on the sites and why it is important to the company. This gave them the foundation they would need to become the great leaders they are today. I am proud of my children and the work they have done to move the business forward. I feel that they would not have the good work ethic and business savvy they possess if I had not exposed them to the “hands-on” basics of the business.