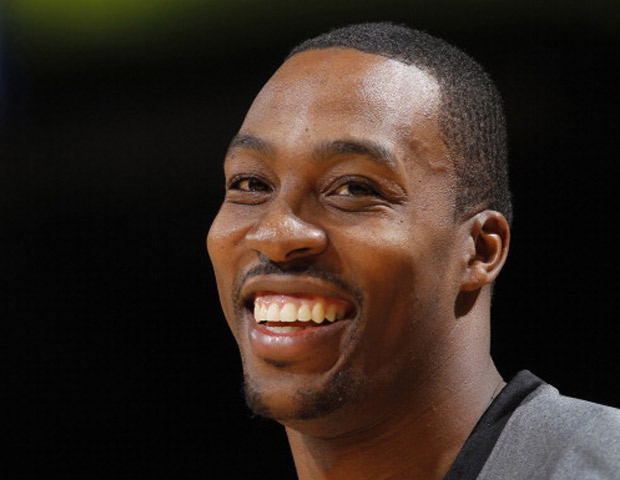 Claim to Fame: A five-time all star center for the Orlando Magic basketball team, Howard said before being drafted in 2004 that he wanted to use his NBA career and Christian faith to "raise the name of God within the league and throughout the world."

Why Heâ€™s So Hot: Sure there are plenty of hot single men in the NBA but Howard has managed to stay low-key despite an ex who appears on the messy VH1 reality show Basketball Wives (He and Royce Reed have a son together). Unlike many of his peers, there are no drama-filled tales of Howard spending someoneâ€™s annual salary at the strip club or racking up DUIs. Sexy is the man who aims to keep his business out the streets.
Los Angeles Lakers big man Dwight Howard hopes to keep scoring large after leaving basketball.

The NBA star who joined the league in 2004 wants to build a legacy of helping others once he hangs up the sneakers. As such, Howard has signed a $500,000 multi-year sponsorship deal with Arrowhead Water.  Arrowhead will commit $75,000 toward Dwight Howard’s Grand Champions Foundation.

“What was different about Dwight and his team was that they came with a community first and give back direction to it,” Blinn said, according to Forbes per MSN. “They really wanted to be a part of leaving a legacy here in Los Angeles.”

The partnership is wasting no time. Howard and Arrowhead Water last week revealed refurbished basketball courts on each site and provided gifts and food for attending children. Howard wants the courts to impact  future generations. He anticipates the children will turn to the courts as a safe space, as he did growing up.

“Through these basketball courts, we can bring more people together and give them a safe haven—a place to go to just call home and be at peace,” Howard said, per Forbes.

“Basketball is my sanctuary, it’s where I have the most fun. I can be myself, smile, laugh and have a great time. That’s what we want to to provide for these kids. I think these courts will do the exact same thing for me that it will do for a million kids in L.A.”

Howard wants his foundation to make a difference for youngsters.

A NBA champion and philanthropist, Howard founded The Grand Champions Foundation to promote a life of purpose and a greater sense of community for those experiencing a state of hopelessness, according to its website.