How Marketing Can Bring Your Brand Back To The Top 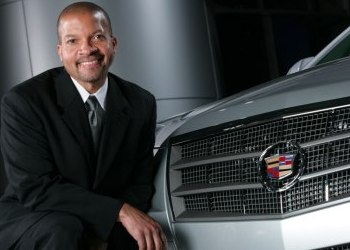 As the Vice President of Marketing for Cadillac, Don Butler leads product planning, marketing, advertising and promotion for General Motors’ luxury brand. Â A 30-year industry veteran (he began his career in 1981 while still a student), he initiated the first sponsorship deal for the Survivor reality series in 2001. He also pioneered the use of the web for blogging and social interaction in support of a brand launch. As chairman and managing director, General Motors Egypt, Butler led the all-time sales records in that country.

BLACK ENTERPRISE spoke with Butler at the North American International Auto Show in Detroit to talk about the future of GM and how marketing will play a role in the company’s efforts to re-attain dominance.

With all that GM has gone through over the last few years, how would you encapsulate the marketing strategy for returning the company to where it used to be in terms of dominance?

Don Butler: The public face of GM to our consumers will be through our brands—Chevrolet, Buick, GMC, and Cadillac. That is how we’re going to communicate. There is no longer going to be any GM advertising. Because, number one, let’s be fair: there’s a stigma associated with General Motors. There still is.Â  There’s not so much that same stigma associated with each of the brands.Â  That’s how people engage and interact with us. They engage and interact with us through Chevy, through GMC, through Buick, and through Cadillac. They don’t interact with GM.Â  They interact with the [individual] brands.

The second thing is knowing that that’s how we’re going to go to market. This had existed in the past.Â  But we’ve refined it even further. Each of our divisional brands now has a swim lane. What do I mean by that? Cadillac means certain things. We will stay true to that. It’s different than what Buick is. It’s different than what Chevy is. It’s different than what GMC is. In a sense, we need to be our own company. We need to be our own idea and our own aesthetic. So, Cadillac is all about what we describe as red-blooded luxury. Passionate, assertive, confident, charismatic, maybe even a little bit swagger, shall we say.Â  Contrast that with Buick. Very warm, luxurious, and a sense of being understated. Cadillac is not understated. Chevrolet, for the people.Â  GMC, professional grade.Â  Professional level of engineering and excellence.

How are you using social media to get to that younger audience?

Butler: We leverage Facebook extensively.Â  That is our primary social space platform.Â  We find it to be quite useful in terms of presenting the brand and being able to have branding that is not obtrusive. So, on our Facebook page we have gone from 200,000 fans to over 700,000 fans [over theÂ  last year]. We do that through engaging content that causes people to stop and take a look.

For instance, with ATS, we’ve been featuring a video series that we call The Journey, which has documented some of the development of ATS, including the engineers at the Nurburgring in Germany. Filming them actually doing the testing. We put that content on the web. That’s content that you wouldn’t find anywhere else. It’s engaging, it’s relevant, it’s also social. So, that’s how we engage and connect with our consumers there. We also have a presence, obviously, on Twitter. We make extensive use of YouTube as well in terms of our own video channel and then things that hopefully people can engage with and that we can promote virally as well.

The Story of My 9 Rings: Sentimental Inspiration