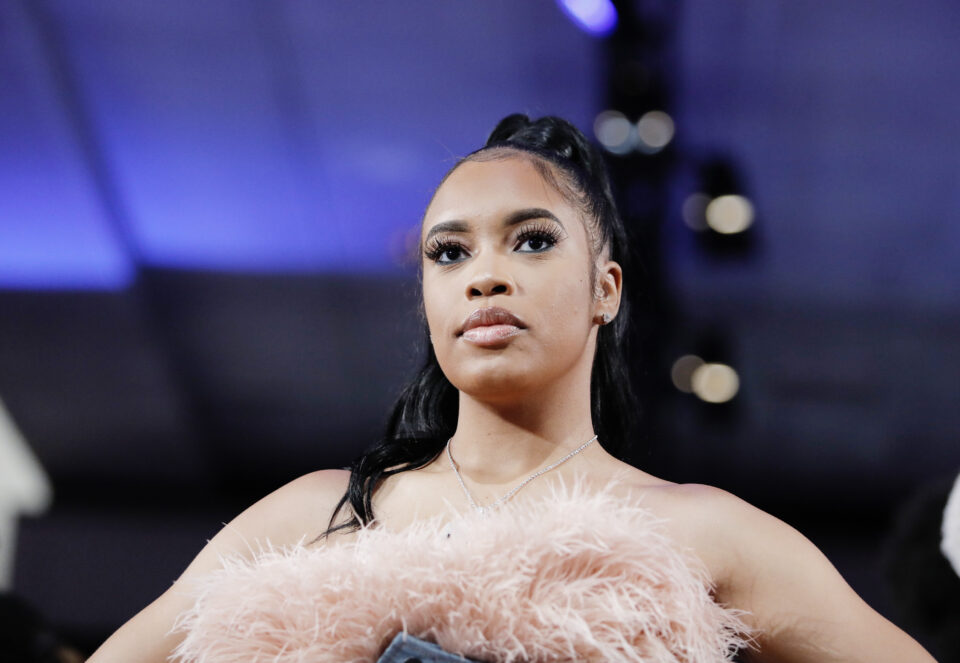 Milan Rouge is the founder and CEO of Milano Di Rouge, the popular fashion brand worn by countless celebrities, including Cardi B, Lala Anthony, Rick Ross, Monica, and many more.

In the last six years, her company has generated $60 million in sales. Rouge’s success represents hope for anyone ready to chase their dreams with relentless grit and strategy.

I sat with Milan Rouge to discuss her rise to success as an entrepreneur. Here are a few takeaways from our conversation. 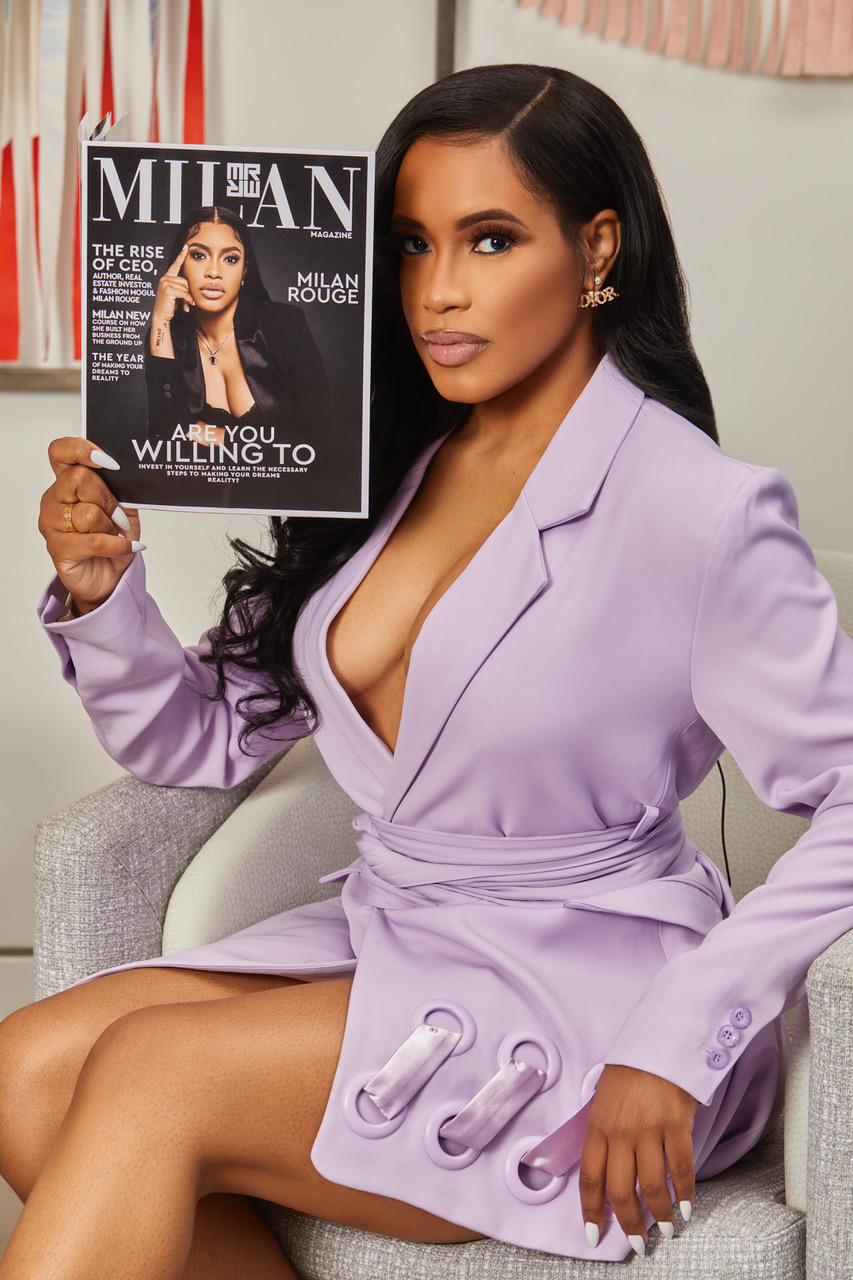 From The Bottom To The Top

Rouge, a former hairstylist and home health aide, has built a business empire, but she didn’t start at the top. She started the Milan Di Rouge brand with two shirts 10 years ago. She grew up in West Philadelphia in a single-parent household and her father was incarcerated most of her life. Rouge spent her early years growing up in a neighborhood called “The Bottom.”

“I didn’t realize we were poor because everyone around us was in the same economic status,” Rouge shared with BLACK ENTERPRISE.

Rouge credits her mom for showing her what is possible when you work hard to go after your dreams. Her mother had her older sister at 15 and dropped out of high school in the 9th grade to care for her child. But she went back to school at 28 years old to become a registered nurse and graduated with a master’s degree in business.

“Seeing her desire to win and making the sacrifice to better herself allowed me to dream. If she could work during the day and go to school at night as s a single mom with two kids to improve our economic status, nothing was going to stop me but me,” said Rouge.

Her mother’s sacrifices allowed her family to move to a middle-class neighborhood: a game changer for Rouge. Rouge’s mind started to open up to the possibilities. “Once you start seeing more, you know you can become more,” she added. 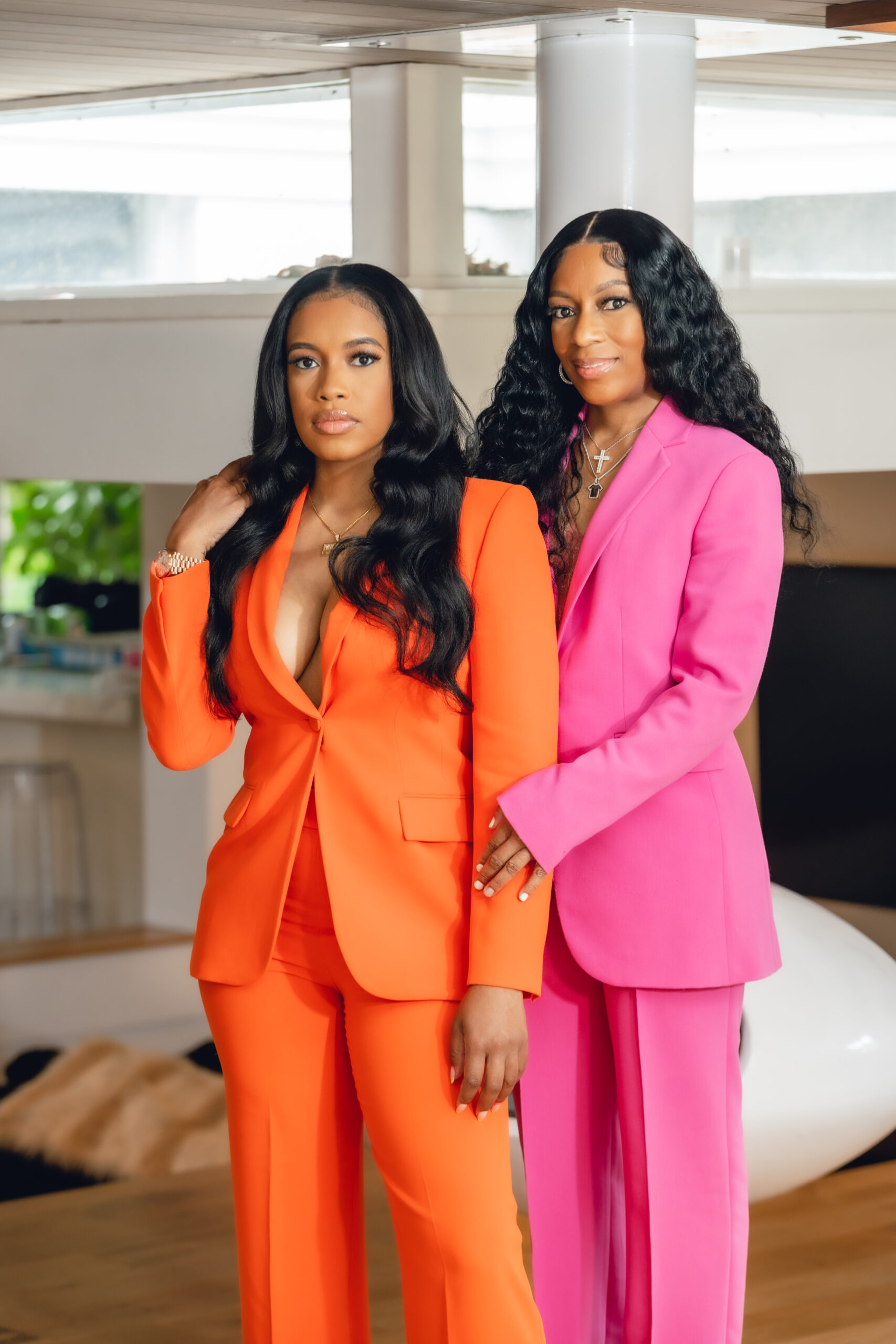 She Adapted Her Strategy Along the Way

Rouge would sell out of inventory in the early years, selling her clothes out of the trunk of her car, but her business barely made money. But after visiting her father in prison in 2015, she received a piece of advice that changed how she would operate her business in the future.

When her father realized it took her three weeks after selling out to replenish her inventory, he told her that her mission was to “never sell out of inventory.” That was also the year Rouge decided to add sweatsuits to her fashion line.

She asked her mom for a $1,200 loan promising to pay her back. “First, she said she didn’t have it. But, five minutes later, my mom put a $1,200 check on my lap,” Rouge said. Fast forward to today, her mother is the Chief Operating Officer of Milan Di Rouge.

She Focuses on Being the Best She Can Be

Rouge believes in focusing on building the best brand you can build and, as much as possible, integrating the things you care about into your company.

“Every single day since I started Milan Di Rouge, I have worked on Milan Di Rouge. I created something that I truly enjoy. It’s not just about the clothes; it’s also about the mission, inspiring and empowering people to make their dreams a reality, and giving back.”

While Rouge acknowledges the importance of knowing your competitors and always thinking ahead, she believes too much focus on your competition can hurt you.

“When you are too focused on your competition, you can’t really focus on your goal. I remember a racing game in the fifth grade. I was about to win until I started looking over at the person close to me. I lost because I was focused on her and not on my goal. And I remember that every time I’m almost distracted by a competitor. “ 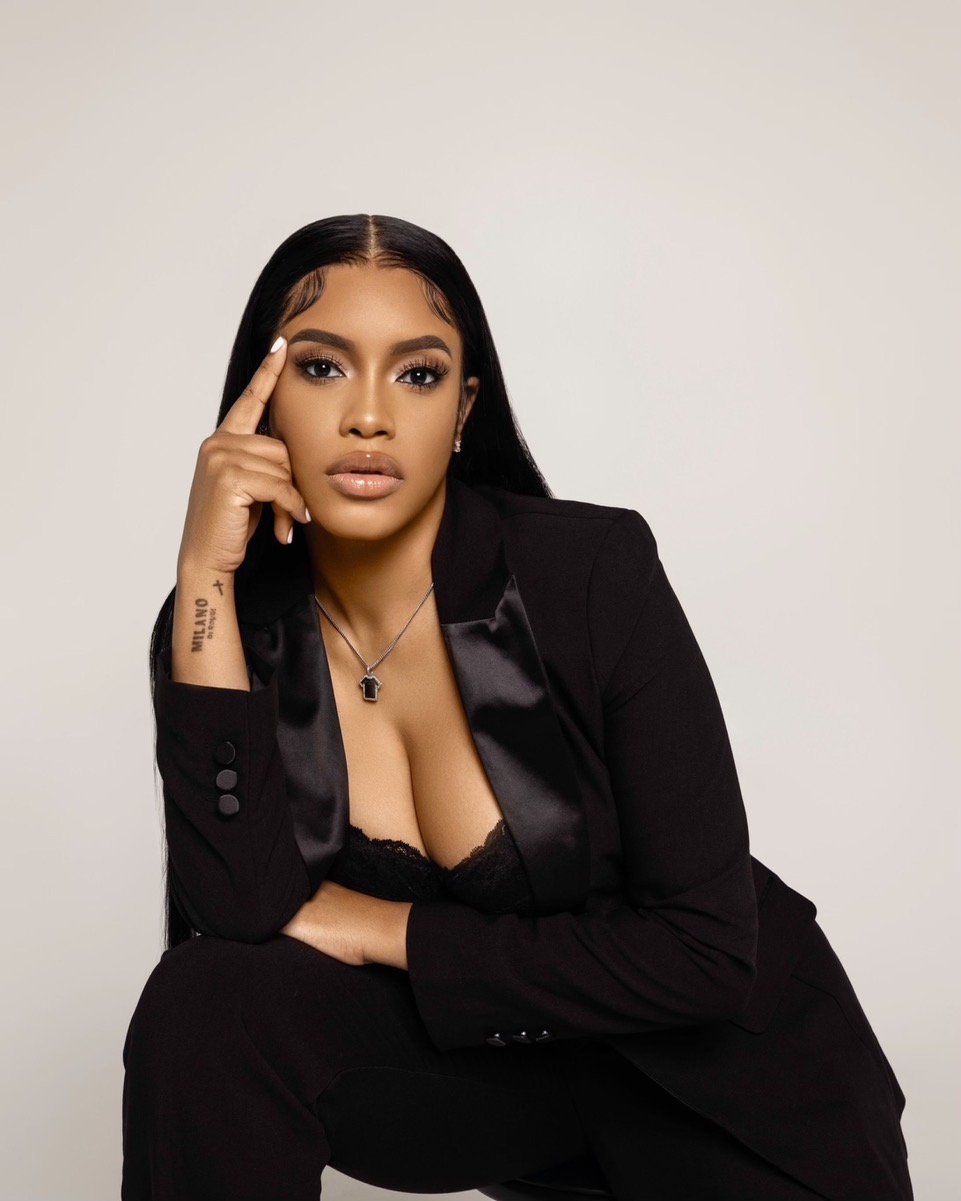 She Is Not Afraid of Failure

Rouge had a long list of stars wearing her clothes early on, which helped make her brand more visible. She created a template to reach out to celebrities, explaining what her brand stood for and offering to send a package their way. “Some people said yes, others said no. Others ignored it.” But whenever Rouge heard no, she kept going.

She shared that she embraces failure because there’s always a lesson to be learned and to make you better.

She Continues to Expand Her Mind

Rouge, whose company has been generating millions of dollars in revenue for six consecutive years, is always looking for ways to learn and elevate. As she educates herself, she implements new strategies. In recent years, she started using the high income she earns as an entrepreneur to invest and build lasting wealth. She started learning about the stock market and real estate.

“When I had my son, I realized I didn’t have ownership outside of my business. I had my showrooms in LA, my storefront and office in Philadelphia that I didn’t own.” 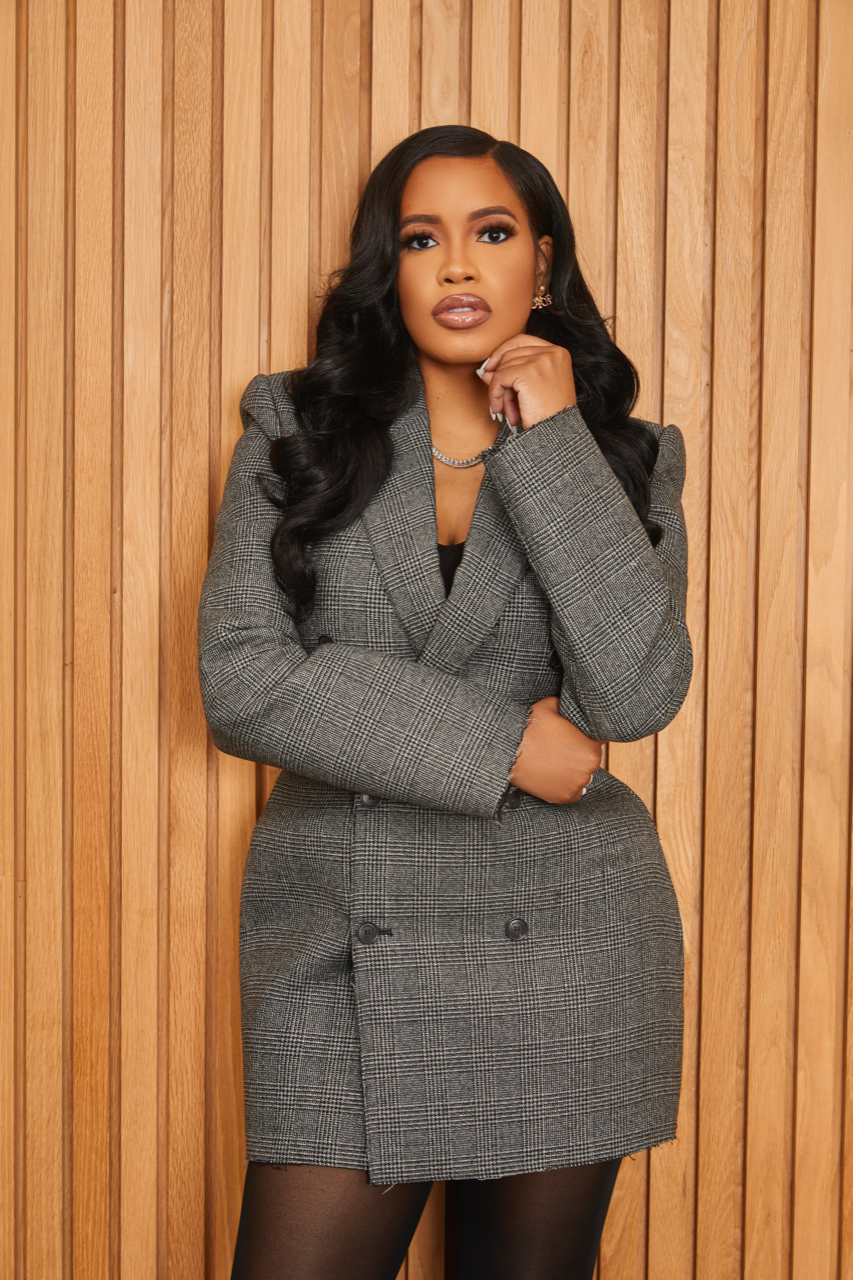 She is a Lifelong Learner

Rouge discussed how crucial it is to continue to learn, which has helped her expand her mind and always think ahead. “I’m always willing to learn, and I accept constructive criticism. I also always think about what’s next to be ahead of the curve.”

Rouge started the Womanaire Club for female entrepreneurs to learn from and exchange resources with one another.

“I started Milan Rouge in 2012 but didn’t have mentors until 2018. So I created the Womanaire Club for like-minded women to share resources, challenges, and knowledge so we can learn and improve together.”

This year, Milano Di Rouge is celebrating 10 years in business with a Fashion Show and Gala in Atlanta on Nov. 11th and 12th. Milan Rouge believes she is successful today because she never gave up on her dreams. She believes that others who may be starting from less-than-ideal situations can find success too, if they are willing to be consistent, sacrifice, and let go of what they know to elevate.

“What are you willing to sacrifice? You can’t remain the same person and do the same things. You must let something go for growth to happen. If you are willing to let go, sacrifice, and work hard, you can make your dreams reality.”

Anne-Lyse Wealth is a certified public accountant and communications strategist for business leaders. She is the founder of The ALW Communications Agency, which helps leaders amplify their brand through PR and storytelling, and the Plutus Awards-nominated Dreamoflegacy.com, a platform dedicated to inspiring millennials to build wealth with purpose.

Anne-Lyse is a freelance writer for Fortune Magazine, Business Insider, and Harvard Business Review Ascend, among other publications. She is the author of Dream of Legacy, Raising Strong and Financially Secure Black Kids, and the host of The Dreamers Podcast.