How Online Video Can Boost Your Firm's Bottom Line 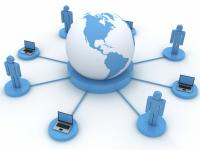 With the online video movement in full swing and YouTube attracting 98.9 million viewers to 5.9 billion videos in December 2008, according to digital media tracker comScore, businesses of all sizes are looking to cash in on the trend. In total, U.S. Internet users viewed a record 14.3 billion online videos during December, comScore reports, representing an increase of 13% compared with the previous month. YouTube led the growth charge, accounting for 49% of the incremental gain in videos viewed over the previous month.

The question is, how can small to midsized firms get a piece of the online video pie? Here are eight great ways to start:

Demo a new product. The online video movement has created a venue for businesses that —Â  without being too “sales-likeâ€ —Â  want to demonstrate new product offerings. Use video to share a new product, tell how it works, and show how it can help improve the viewer’s life. “Tell them where they can buy it and what your customers are saying about it,â€ advises Donna Johnson, CEO at North Carolina-based media consultancy firm Indie Business Media. The key, adds Johnson, is to develop a video that invites interactivity (via a comment section, for example) and discussion because “that’s what differentiates online video from traditional advertising.â€

Promote an event. Add online video to your marketing list. Johnson recently helped a client create a 3-minute video promoting an upcoming conference. In it, the firm not only provided information about the event, but also highlighted the previous year’s event and included live testimonials from attendees. Remember to tape such footage in advance so that you have it when you need to begin marketing the following year’s event, Johnson says.

Create a pre-roll. Fire up any online video on a Website such as Hulu.com and you’re sure to see 15- to 30-second advertisements before you can view the actual show. These are known as pre-rolls, and they can be an effective way for companies to advertise their products and services via online video. “Because the viewer is engaged until his or her video starts playing, the pre-roll provides a great way for companies to get their messages out,â€ says Rob Campanell, president at Austin, Texas-based music video site publisher Blastro Inc.

Recycle your commercials. If you’re already producing and running commercials on local or national television, consider cutting some of that footage down to size and using it online. Pick informational or useful snippets that go beyond advertising, such as online video is not the place for blatant ads. It is, however, a medium that allows companies to see who’s watching, and responding to, their videos. “Online, you’ll be able to track how many times your video has been played, and stretch your advertising investment,â€ Campanell says.

Establish yourself as an expert. If you’re known as an expert in your field, or if you’ve recently written a book, then fire up your video camera and