Presidential Election 2012: The Only Way Republicans Can Beat President Obama 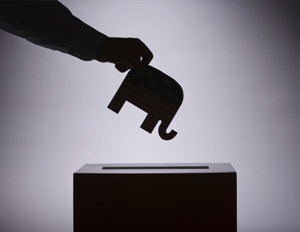 In 2010, noted political reporters John Heilemann and Mark Halperin authored Game Change, a book about the 2008 U.S. presidential election. Most of the attention from the book focuses on the reporting surrounding Senator John McCain‘s choosing of then-governor of Alaska, Sarah Palin, as his vice presidential running mate. Game Change was a success and, subsequently, HBO bought the movie rights to the book. Earlier this month, the network debuted the film, which focused exclusively on all of the reporting about Palin’s role on the McCain ticket.

While all of the political pundits have focused on the well-reported issues surrounding Palin, her family, and her conflict with the McCain staff; I have found something extremely unnerving that no one seems to be focused on. The mere fact that no reporters, political operatives, or party officials are discussing it is an indictment of the political status quo. But as I was watching Game Change on HBO recently, I was stunned to realize that there was not one Blacks or Latinos involved in the McCain campaign. I’m specifically referring to a Black or Latino with either hiring or budgetary authority. (I did notice two Blacks in a sparse few shots in the HBO movie with a group of reporters but they weren’t speaking roles).

I know from personal experience, that HBO’s lack of minorities was simply a reflection of the McCain campaign. This is one area where HBO got it right. I have been a Republican operative for over 25 years and have rarely seen Blacks or Latinos included in the decision making process of a presidential campaign. McCain and the Republican Party should be embarrassed! In the 21st century, how can you justify a presidential campaign that looks like one from the 1950s? If there is not a “game changeâ€ in the way Republicans approach minority communities; they will be relegated to be a footnote in political history.

When you look at the changing demographics of our country, the U.S. is quickly becoming a majority minority country. Basically, that means Republicans can get 100% of the White male vote and still lose a presidential election. This seeming callous disregard for people of color will make it extremely difficult for Republicans to oust President Obama from the White House this fall. Republicans can’t continue to espouse a “color-blindâ€ approach to politics. The U.S.’s diversity is our strength–not a liability.

The game change that is necessary for the Republican Party to be a viable party going forward is to build better relations with both the Black and Latino communities over the long term. This includes hiring staffers on every level of the party–congressional offices, campaigns, RNC, etc.
Republicans must also turn down the heated rhetoric coming from within the party on issues like, racism, affirmative action, illegal immigration, and women’s issues.

I find it quite disappointing that Republican presidential candidates have been totally silent on the Trayvon Martin case. They are quick to weigh in on insignificant issues like: Obama’s March madness picks, inviting celebrities to the White House, or him singing one of Al Green‘s songs; but somehow when it comes to Trayvon Martin, they seem to have contracted laryngitis. Weak people take strong positions on weak issues.

The tragedy behind the HBO movie, Game Change, is that no one seems to even notice the lack of diversity within the McCain campaign team. It’s as though this lack of diversity is so accepted that Republicans have become totally oblivious to it. Until Republicans realize this, the game will never change.