How This Mom Paid Off $137,000 Using Debt Snowball Method 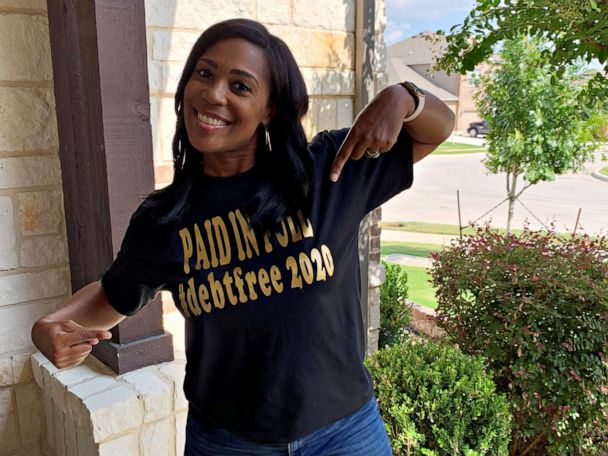 From student loans and car payments to medical bills and credit cards, wife and mother Brandyn Rodriguez discovered a way to tackle $137,000 of debt despite life’s curveballs.

“Growing up, I wasn’t taught not to go into debt or use a credit card responsibly, or anything like that. I didn’t have financial literacy,” the mother of two from Cibolo, Texas, told Good Morning America.

Her eye-opening journey to debt freedom began when she was a single mother and decided to take a class. She recalled wanting to take matters into her own hands, but it didn’t last long.

In 2014, Rodriguez married her husband, DJ. Two years, later the couple welcomed their second daughter. Motivated by their children, the duo teamed up to follow the debt snowball method and a zero-based budget.

The “snowball method,” simply put, means paying off the smallest of all your loans as quickly as possible.  This method gains the momentum to knock out each remaining balance. According to RamseySolutions,

Step 1: List your debts from smallest to largest regardless of interest rate.

Step 2: Make minimum payments on all your debts except the smallest.

Step 3: Pay as much as possible on your smallest debt.

Step 4: Repeat until each debt is paid in full.

“We had 25-plus debts that were listed at the time.…When we started the journey, we were at $90,000 in debt and again, life happens, so we accrued more debt. In the end, we completed $137,000 over 59 months,” Rodriguez explained as she recalled tracking each goal and maintaining realistic throughout the journey.

During this time, the family also focused on zero-based budgeting—income minus your expenses equals zero.

Determined to pay more debt down, Rodriguez worked as a restaurant server, in addition to her day job at the United Way of San Antonio and Bexar County. Meanwhile, her husband, who works full-time in the energy industry, picked up a second job at a Home Depot.

“It was a lot of tag-teaming, a lot of teamwork to do it,” she explained.

Maintaining her momentum, Rodriguez was able to quit her restaurant job after 11 months and 2 weeks. In 2020, the 38-year-old celebrated paying off all of her student loan debt.

“When I hit submit on that final payment, I had ‘N Sync’s “Bye Bye Bye” playing, and my family was recording me and I danced,” Rodriguez recalled.

Through social media, Rodriguez continues to share her debt-free journey along with tips and advice.

“It can be done and I would say dropping the negative mindset around money was the biggest thing for me…Once you drop that mindset and make a plan of action, you can take care of it,” Rodriguez advised.