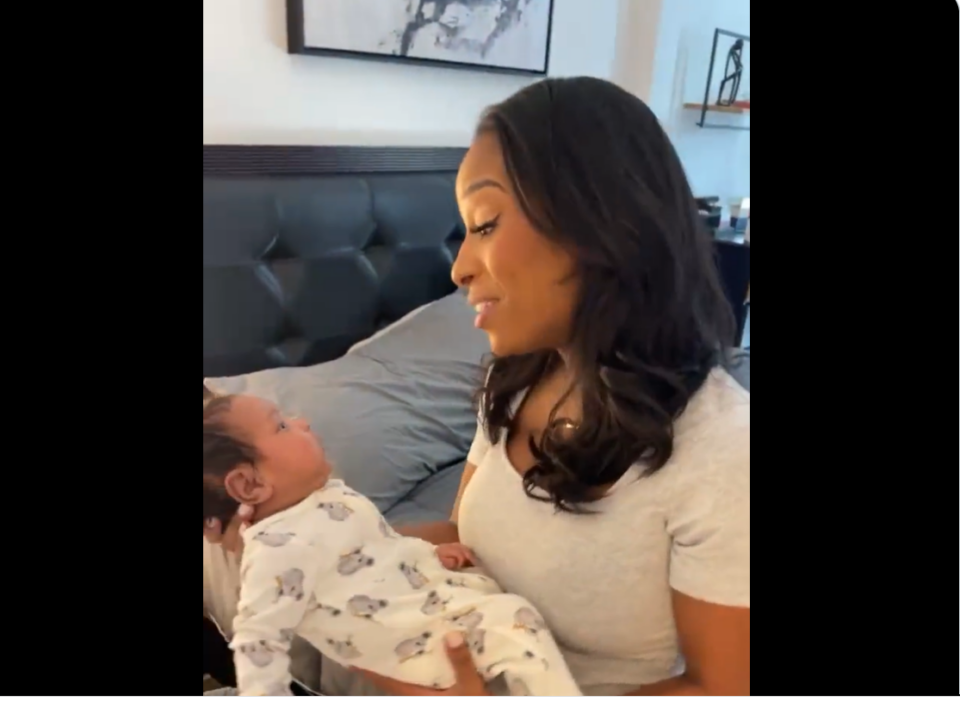 When both of your parents are news anchors @Robert7News pic.twitter.com/E1z2J0kyQb

The video starts with the innocuous lullaby “Twinkle Twinkle Little Star” playing in the background. Then Reyes abruptly jumps into her polished news anchor voice as she picks up and cradles her daughter, Bella, born June 30, out of her crib.

“Good morning, Bella. It is 9:52. Hopefully you slept well; certainly no one else did, but we’re not going to point any fingers,” Reyes humorously reports to her little girl in her newscaster voice as formal music plays in the background, Today reports.

“Hopefully you slept well. Certainly no one else did, but we’re not going to point any fingers. Let’s send it over to Robert Burton for more on your weather.”

The camera cuts to Burton as he delivers a weather report but inquires to his audience, “Will we get to enjoy it?” he asks. “Well, if spit-ups, feedings and diaper changes don’t get in the way, we just might be able to make it out of here before midnight.”

The camera switches back to Reyes as she announces the breaking news of an “explosion at the diaper station,” according to NBC News.

“Authorities tell us they do have a suspect in custody. Unfortunately, that suspect is not speaking at the moment,” Reyes says, panning to an unbothered Bella sucking on her pacifier, who she says is responsible for “hundreds of other explosions.”

“Well, that’s all the time we have, folks. Thanks for watching the Baby News Network. This is BNN,” Burton says, ending the critical news flash.

The couple’s video instantly became a hit on social media, gaining more than 300,00 likes and 43,000 retweets on Twitter. Their fans on TikTok boosted the video with 820,000 likes and more than 3.2 million views.

Reyes is known to her 1.1 million followers on TikTok as @msnewslady. She uploads various videos where she discusses her Afro-Latina heritage, displays her antics with her husband, and talks about her journey as a new parent.