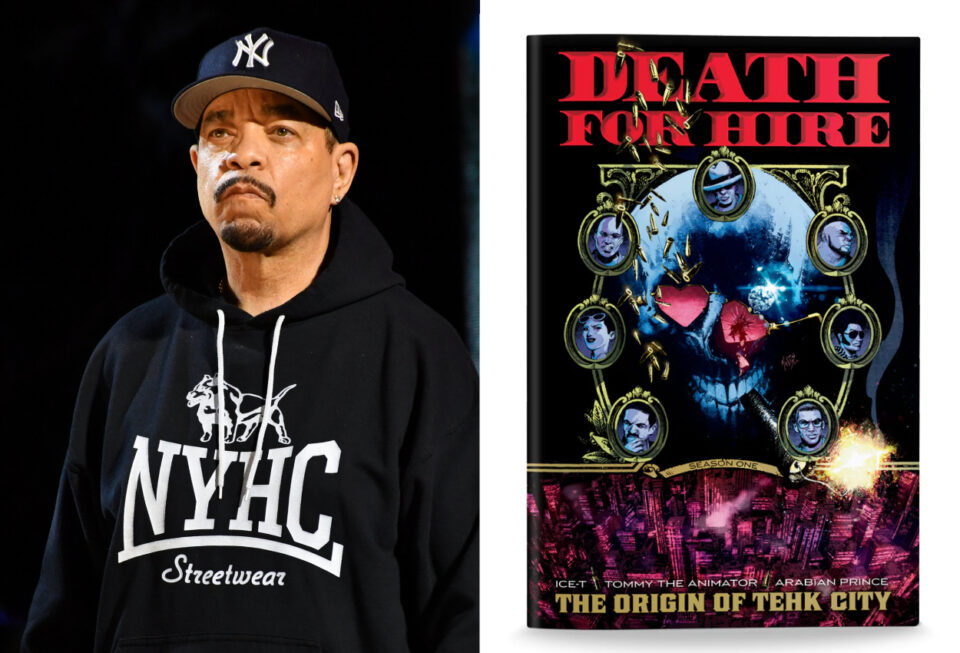 These legends, along with N.W.A. founding member Arabian Prince, will join Tommy the Animator in creating a graphic novel, DEATH FOR HIRE: The Origin of Tehk City, presented by Z2 Comics.

The hard-crime graphic novel will span several creative ventures including animation, music, toys, and NFTs. The novel will showcase a group of pushers and killers who toe the line between anti-hero and arch-villain, quickly obscuring reality.

“You want some real punch-you-in-the-face action? Then DEATH FOR HIRE is it!” co-creator and writer Ice-T said in a statement.

“Everybody better get ready for the ride of a lifetime—DEATH FOR HIRE: The Origin of Tehk City is coming hot off the presses of Z2 Comics,” co-creator and co-writer, Arabian Prince said.

“Starring the homie Ice-T and a list of stars never before seen in one place, get ready to explore the origin leading up to the animated series of Tehk City—y’all ain’t ready!”

The graphic novel and the subsequent animated series are scheduled to be released in summer 2023.

Preorders can be made at https://z2comics.com/deathforhire.