Improve Your Relationship ... With Your Money 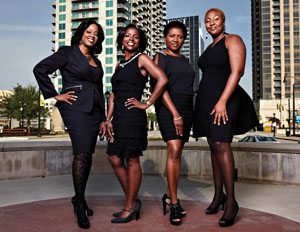 For the past few years, the media’s been having a field day discussing the marital state, or lack thereof, of black women. But there’s a different kind of relationship that’s hurting many black women–married, single, or otherwise–and that’s their relationship with their money.

In this final installment of our Women & Money series, we’re tackling four primary behaviors that can stunt your financial growth: the money martyr, who bails out family and friends to her own detriment; the financial co-dependent, who relies heavily on others to supplement her financial needs; the financial hoarder, who’s terrified of spending any money; and the compulsive spender, whose buying habits are out of control.

“All of these behaviors are variations of the same emotion: fear. Fear that you won’t have enough and that you as a person aren’t enough. Fear that you can’t succeed on your own two feet. Fear that people won’t love you if you create boundaries and say ‘no,’â€ says Jacquette M. Timmons, financial coach, speaker, and author of Financial Intimacy: How to Create a Healthy Relationship with Your Money and Your Mate (Chicago Review Press; $14.95).

These worries are more than anecdotal. Nearly a third of women in general feel they need a lot of help when it comes to making wise financial decisions, according to Prudential’s Financial Experience & Behaviors Among Women study, and 33% of black women feel money is the single biggest problem they’re facing, according to a recent study by The Washington Post and the Kaiser Family Foundation.

Experiencing that fear, these four women have been in the valley of financial despair and have emerged triumphant. Now at their financial peak, they, along with our experts, share how you too can address and overcome your fears.