Your iPhone is About to Become a Copyright Cop 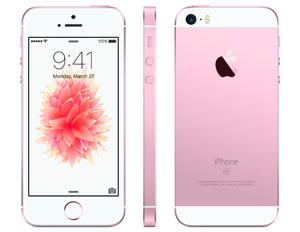 Soon, your iPhone may block you from recording video or taking pictures at concerts and events, a new Apple patent suggests.

Patently AppleÂ reports that the capability is based on infrared technology for iOS devices.

With infrared support, you could, for example, go into a museum and point your iPhone at an exhibit. Your iPhone would receive information about the exhibit you then could read or view on your phone.

How It Will Work
Infrared would be a way to receive or send data in places such as museums where taking pictures may be prohibited.

It may also be the technology that stops you from taking video or pictures on the sly.

According to Patently Apple:

The infrared signal could include encoded data that represents a command to disable recording functions.

Thus, as the site further points out:

This example could easily apply to movieÂ theatersÂ trying to stopÂ customers from filming a movie for illegal distribution or any kind of music concert to protect an artist’s image from being photographed or videoed illegally, as shown below.

Not a New Concept
With nearlyÂ everyone in possession of a mobile device, the issue of taking videos and images without permission at events and shows, has gotten heated, to say the least.

Comedian Dave Chappelle was so wary of illegal recording of his performances, that he enlisted the services of a tech startup, Yondr.

Yondr is a case that locks a smartphone and prevents it from connecting to Wi-Fi or cellular service. Phone owners are provided the cases before entering a show area and instructed to place their phones inside.

If the owner wants to make a call or text, they can relocate to an area within the venue designated for phone use and remove their phone from the Yondr case.

While some are critical of any restrictions at shows and concerts on taking images and video, more and more celebrities are embracing tech as an option to thwart copyright infringement.

Hannibal Buress also uses Yondr, a decision he made after receiving death threats when the user-created video of his show, which included remarks about Bill Cosby being a rapist, went viral.