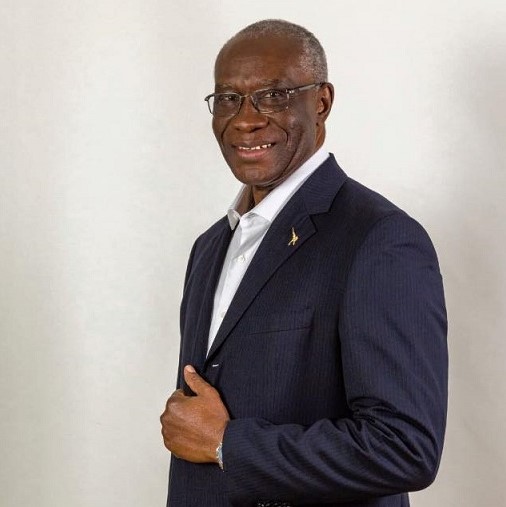 Italy’s new parliament is now the most diverse it has ever been. It has more women. It is younger and for the first time ever, it will have a black face occupying one of its seats in its parliament. Nigerian-born Tony Iwobi made waves around the world last month after his electoral triumph made him the country’s first ever black senator.

“After more than 25 years of fighting as part of the League’s big family, I’m about to start another great adventure. I’m ready, friends,” Iwobi wrote, going on to thank his party leader Matteo Salvini and his other fellow party members.

There’s just one issue: the new black immigrant senator’s election promise was to stop “the invasion of immigrants” in Italy.

Iwobi is a member of the far-right League, formerly the Northern League, whose regional policy “was succession from the rest of Italy.” According to the Local, the party has threatened to take Italy out of the euro and the European Union. Its leadership thinks Islam is incompatible with Italian values. It fiercely opposes immigration and has promised to expel thousands of illegal migrants in Italy.

In February, one of its far-right supporters shot and injured six immigrants of African descent in an attack that was deemed racially motivated. Yahoo News even went as far as to describe Iwobi as “the black face to Italy’s far-right” movement.

Iwobi, who moved to Italy on a student visa in 1976 was born to a Roman Catholic family of 11 in Gusau, Nigeria, in 1955. He worked several odd jobs like plumbing, garbage collector, and in construction while earning a degree in accounting and computer science. He now runs an IT security and services company in Spirano, where he has lived for the majority of his 42 years in the country.

HIS TOUGH STANCE ON IMMIGRATION:

Just days after his election victory, one of Italy’s famous black footballer blasted the 63-year old on social media for his stance on immigration.

“Maybe I’m blind or maybe they haven’t told him that he’s black yet. Disgrace!” Mario Balotelli wrote of Iwobi on Instagram.

Balotelli, who is now 27 years old, was born in Palermo, Sicily, to Ghanaian immigrants and was given to foster parents at the age of two. Because his foster family didn’t officially adopt him, Balotelli had to wait till he was 18 years old to be granted Italian citizenship.

”It’s an absurd law which needs to be changed. He was born and raised in Italy but had to suffer the humiliation and hardships of being considered a foreigner,” said Silvia Balotelli, his foster mother said.

Reforms proposed in the Senate in December to make the process easier was vehemently opposed by Iwobi.

“Why should the children of foreigners become Italian just like that? It’s not right,” Iwobi was quoted in Il Giornale, Italy’s right-wing newspaper.

“He acts as a mouthpiece for the anti-African proclamations of his own jailers,” Touadi said.