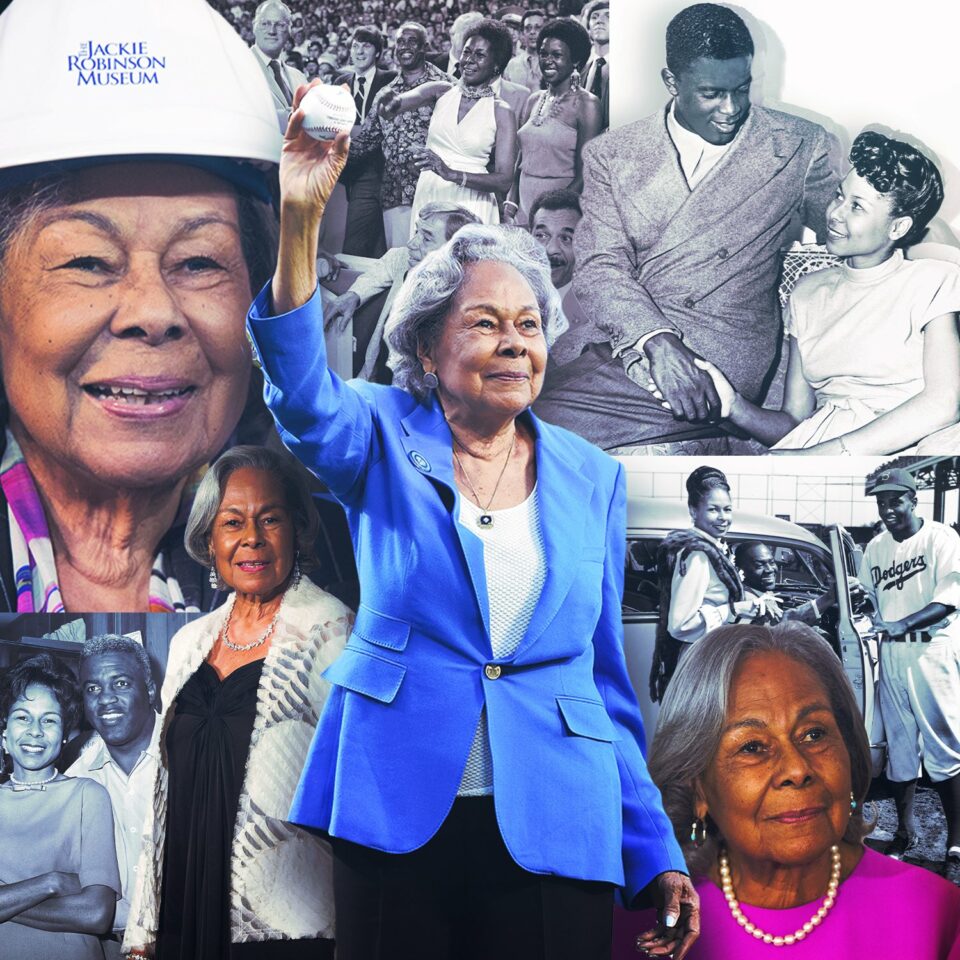 Jackie Robinson Day, which took place last Friday, marked the 75th anniversary of the Hall of Famer’s historic MLB debut and celebrated the remarkable woman who has protected and preserved his legacy.

Every year, Rachel Isum Robinson attends the honorable celebration at Dodger Stadium, further solidifying her devotion to her late husband and her role as a trailblazer herself.

On the 75th anniversary of Jackie Robinson breaking the color barrier, his legacy lives on through those who knew him personally, those who have been inspired by him and the lives his foundation has touched. #Jackie42 https://t.co/680Ppz9ArZ

In 1946, Jackie Robinson married Rachel Isum, just a few weeks before traveling to Florida for Jackie’s first spring training as a Brooklyn Dodger, according to The Washington Post. While Robinson was on his way to breaking baseball’s color barrier, Rachel already held a bachelor of nursing degree from UCLA—a rarity for a Black woman in the 1940s.

As a Black married couple, the Robinsons endured and navigated racism, hatred, and abuse together. At many of his games, Jackie was taunted by racist comments from white fans. But Rachel helped her husband process and overcome his experiences along the way.

During Jackie’s baseball career, Rachel found herself content in the role of wife, mother, and homemaker. She stayed home with their three children—Jackie Jr., Sharon, and David—born in 1946, 1950 and 1952, respectively.

Following her husband’s retirement in 1956, Rachel earned a master’s degree in psychiatric nursing at New York University in 1961 and then began working full time. She was a researcher at the Albert Einstein College of Medicine’s Department of Social and Community Psychiatry before serving as director of nursing for the Connecticut Mental Health Center and an assistant professor of nursing at Yale University.

After Jackie’s death in 1972, Rachel incorporated the Jackie Robinson Development Corporation, which was founded to build and manage housing for people of moderate and low incomes. A year later, she founded the Jackie Robinson Foundation, a non-profit organization whose mission is to provide college scholarships and leadership training. The foundation is also set to open the Jackie Robinson Museum in New York City this spring.

Rachel Robinson has her own history as a crusader for opportunity through education, a pioneering nurse, and the most notable contributor for shaping her husband’s role in American history.