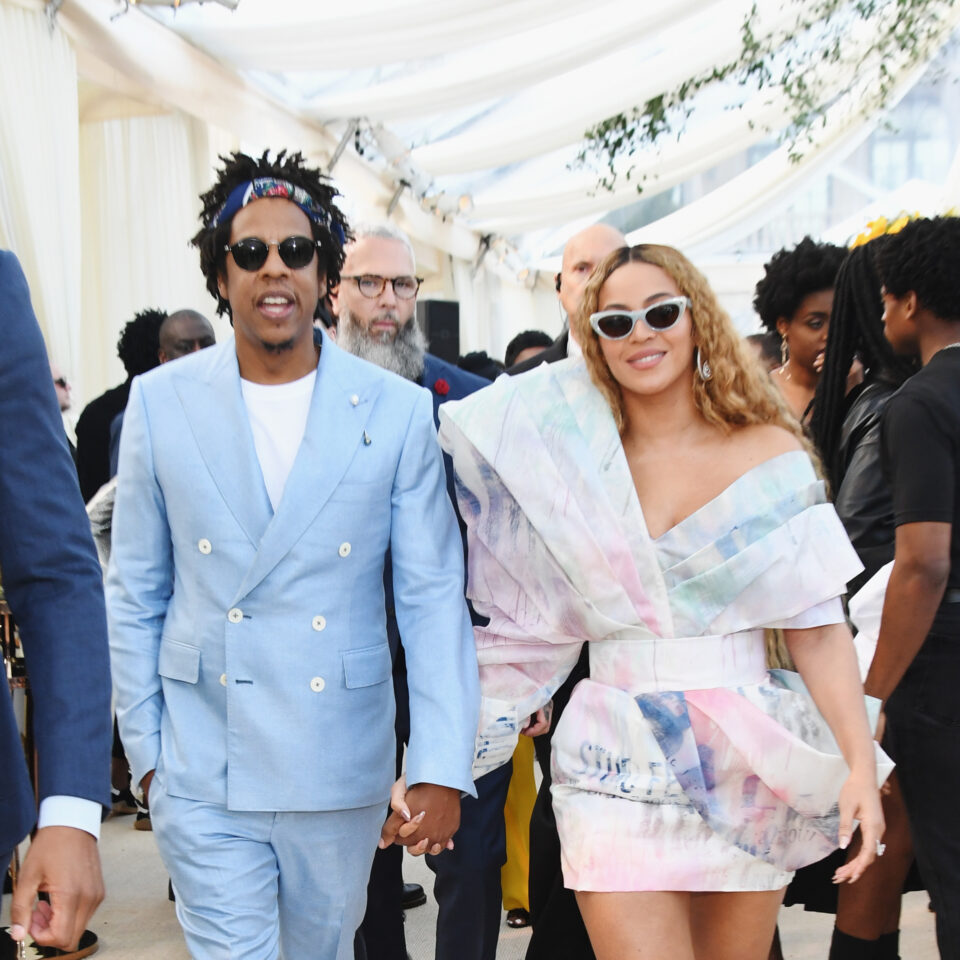 Editor’s note: This story has been updated to note that Sasha Obama was not there as it was reported by the Daily Mail and it was instead Aisha Tyler.

Beyonce and Jay-Z were seen out in Los Angeles having dinner when they were approached by an equally recognizable “celebrity.”

According to the Daily Mail, the Grammy-award-winning singer and her Hard Knock Life husband were spotted at the Hollywood hot spot, Mother Wolf enjoying a meal. While being there, talk show host Aisha Tyler was seen approaching the couple. Tyler is a former host of CBS’ The Talk.

While we can’t publish the adorable pic, you can check them out HERE.

“Dear @DailyMailUK: I VERY much appreciate you mistaking me for the lovely 20-year-old Sasha Obama,” Aisha tweeted on Feb. 27. “I’ll assume that was due to my buoyant, youthful appearance & not just messy journalism.”

Tyler also wrote, “Regardless, it was fantastic to see the legendary @Beyonce & Jay-Z at dinner. They were dazzling and gracious (especially to my friend @JarettSays, just out of frame) & the meal at #motherwolfla was truly spectacular. Can’t wait to go back!”

Beyonce and Jay-Z may have been celebrating his recent victory. The Big Pimpin star just scored $4.5 million in royalties from the perfume company Parlux after they dragged him to court for allegations that he breached a contract.

In 2016, Parlux launched a $68 million lawsuit against Jay-Z, accusing him of failing to uphold his end of a 2012 contract to promote his Gold Jay Z fragrance, Page Six reports. The three-week October trial ended with a jury ruling in Jay-Z’s favor.

Or he could be dipping into the stash for a company that he has recently bought into. Jay-Z, Meek Mill, and several other celebs have partnered to purchase Mitchell and Ness, a highly revered Philadelphia sportswear company. Michael Rubin, founder, and CEO of online sports retailer Fanatics and co-owner of the Philadelphia 76ers, will retain 75 percent ownership of Mitchell and Ness. The remaining 25 percent will be distributed among the investors, like Jay-Z, Meek Mill, Maverick Carter, LeBron James’s business partner, Lil Baby, and the TikTok influencers D’Amelio family, and others Complex reports.

“Fashion is cyclical, but classics are forever. Mitchell & Ness is a true classic,” Jay-Z said in a written statement. “I was an early adopter of this brand, as well as a part of a departure from athletic wear. I’m proud to play a small role in bringing it back, and in some cases, introducing the authenticity and quality of the Mitchell & Ness brand to a new generation.”

The deal is worth $250 million, a source who is close to the deal said.