Jay-Z Buys Back Intellectual Property For Rocawear For $15 Million

It’s The Roc! According to Financial Post, Shawn “Jay-Z” Carter has bought back the intellectual property of his fashion brand Rocawear.

New York-based Iconix Brand Group stated in a regulatory filing last week that it had sold certain intellectual property assets to Jay-Z’s Roc Nation L.L.C. and membership interests in his Marcy Media L.L.C. for $15 million as part of the settlement reached, which included two lawsuits and an arbitration proceeding.

Last week’s filing comes more than two years after Iconix filed a lawsuit against Jay-Z and his Roc Nation brand, and Major League Baseball Properties, among others. They alleged that by the selling of “Roc Nation” baseball caps, they were running afoul of the 2007 licensing agreement in which Roc Nation granted Iconix exclusive rights to manufacture and sell specific types of goods bearing the name of Rocawear, the clothing brand that Jay-Z and Damon Dash launched in 1999.

Iconix accused Jay-Z of infringing on trademarks it acquired a decade earlier through its $204 million purchase of Rocawear, arguing in its complaint that the Roc Nation-branded baseball caps fell within the scope of the parties’ licensing deal and by selling the hats, “Carter and his various companies … have deliberately undermined a series of agreements, after receiving millions in substantial compensation from Plaintiffs, by continuing to use and exploit in business the very property already conveyed to Iconix and Studio IP by contract.”

The agreement ends that suit, filed in April 2017 in the federal court in Manhattan. It also resolves a private arbitration related to that sale and a July 2019 lawsuit Jay-Z filed in a New York state court in Manhattan which accused Iconix of fraudulently doing business with Roc Nation as part of a “colossal accounting scandal.”

Iconix said last week that it took a $5.5 million charge after agreeing in principle to resolve a U.S. Securities and Exchange Commission probe into its writedowns. Both sides also agreed to drop all claims against each other, without admitting wrongdoing or unlawful conduct. 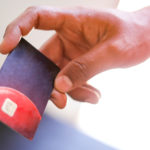 How To Choose A Credit Card In 7 Easy Steps 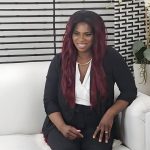