Jay-Z Says He Was 'Reckless' With His Time Before Becoming A Father, 'Time Is All You Have' 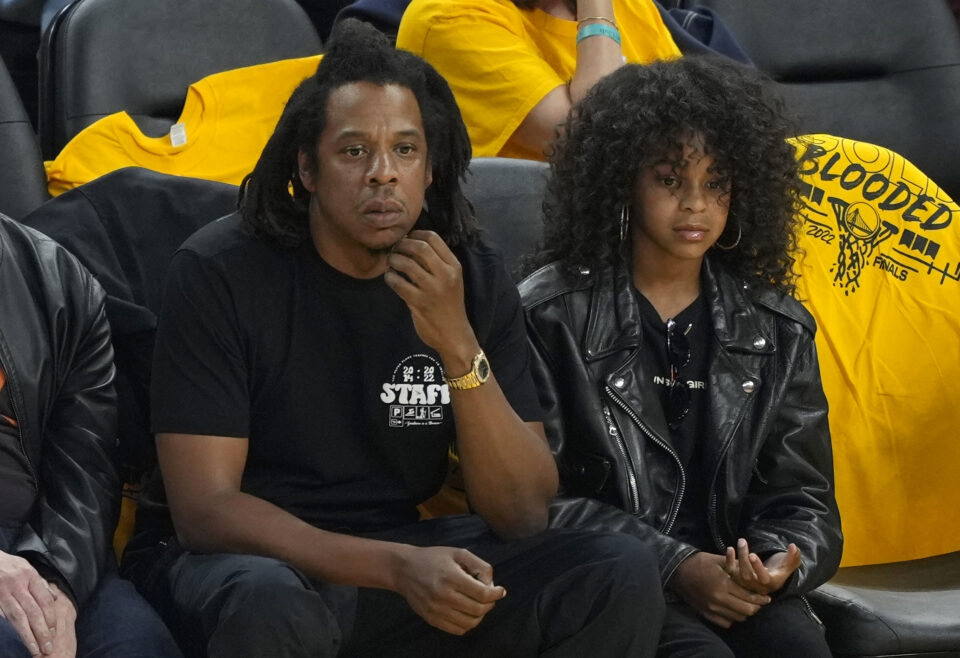 SAN FRANCISCO, CALIFORNIA - JUNE 13: Rapper Jay-Z and his daughter Blue Ivy Carter look on during the second quarter of Game Five of the 2022 NBA Finals between the Boston Celtics and the Golden State Warriors at Chase Center on June 13, 2022 in San Francisco, California. NOTE TO USER: User expressly acknowledges and agrees that, by downloading and/or using this photograph, User is consenting to the terms and conditions of the Getty Images License Agreement. (Photo by Thearon W. Henderson/Getty Images)

Jay-Z has come a long way from his Hard Knock Life days. Now, as a father of three, Jay credits fatherhood for changing his value for time.

The billionaire rap mogul got candid during a recent appearance on Kevin Hart’s Hart to Heart series on Peacock and shared how he prioritizes his time with Beyoncé and their three kids, Blue Ivy, 10, and twins Rumi and Sir, 5.

Speaking with Hart, who has four children of his own, Jay said he “definitely” appreciates time at home more since becoming a father, People reports.

“Time is all you have. That’s the only thing we control,” he said.

“It’s how you spend your time. You’re reckless with your time before, you’re just all over the place, and then you have to… What are you leaving your house for?”

“Every second that you spend, you’re spending away from the development of these people that you brought here, that you love more than anything in the world,” Jay continued.

“So, what are you going to spend that time on? So that changed a lot. That changed practically everything for me.”

It’s a struggle Jay and Beyoncé both go through. The Grammy Award-winning powerhouse couple remain present parents with in-demand careers.

Beyoncé opened up about her struggle to prepare for Coachella in 2018, one year after welcoming her twins.

“My mind wanted to be with my children,” she said in her Netflix Homecoming documentary, as noted by ET. “What people don’t see is the sacrifice. I would dance and go off to the trailer and breastfeed the babies, and the days I could, I would bring the children.”

Jay and Blue Ivy went viral last month while sitting courtside for a daddy-daughter date to Game 5 of the NBA Finals with the Golden State Warriors and Boston Celtics. Once on the jumbotron, Jay planted a kiss on his daughter’s cheek.

In February, Blue also went with her dad to watch Super Bowl LVI at the SoFi Stadium in Inglewood, California.