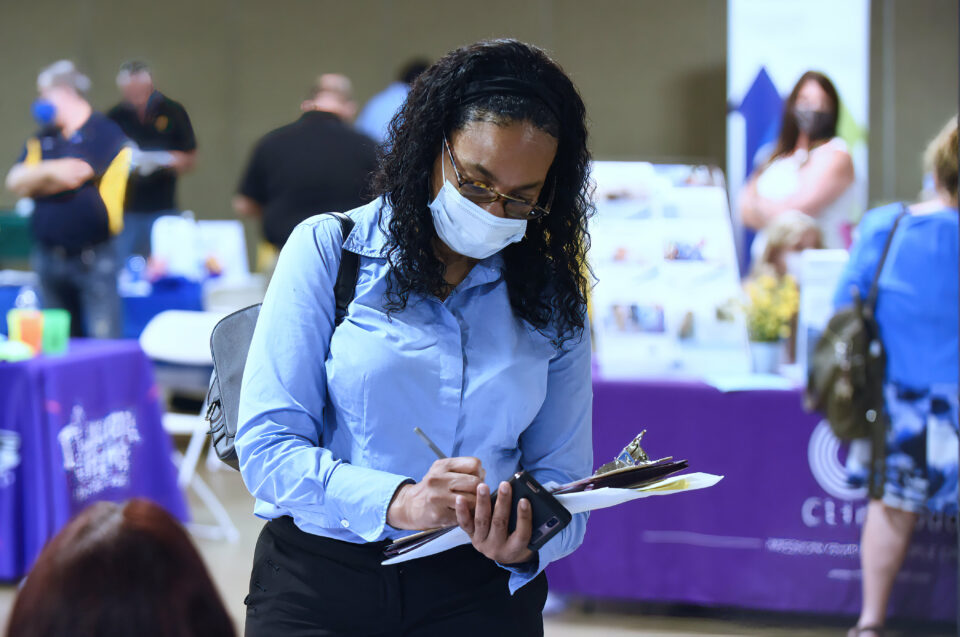 The lingering disparity in the jobless space continued last month for women and Black Americans but got better for the nation overall.

“The pandemic recession disproportionately impacted certain groups,” said Elise Gould, senior economist at the Economic Policy Institute. “The recovery has yet to reach some of those groups that were hardest hit.”

In terms of Black workers collectively, last month, the jobless rate stayed fixed at 7.9%, still the highest of any racial or ethnic category monitored by the Labor Department.

The unemployment rate for Black men rose from 8.0% to 8.3% in October while the labor force participation rate also rose half a percentage point.

However, for Black women, the jobless rate fell from 7.3% to 7% as the labor force participation rate shrank by 0.3 percentage points.

During the COVID-19 pandemic, “many women workers were hurt because of the types of jobs they have and because of their increased caretaking responsibilities for children and other family members,” Gould said.

Job gains bounced back strongly in almost every sector with U .S. payrolls increasing by 531,000. Yet, a telling blow for women of color was in the government sector, where jobs tumbled by 73,000.

“Government employment is a sector that women are disproportionately represented in, so any contraction in terms of the government sector hits women and particularly women of color pretty hard,” said Michelle Holder, president of the Washington Center for Equitable Growth and a labor economist at John Jay College.

The change in employment compared to before COVID levels in February 2020 reveals women of every racial and ethnic group tracked by the Labor Department fell behind the total U.S. recovery.

Black women are the furthest behind in the recovery, lagging their pre-pandemic employment levels by 5.3%.

“What we’re seeing is that the economy is recovering for a lot of groups, but the recovery is stalling for women, particularly women of color,” Holder said.