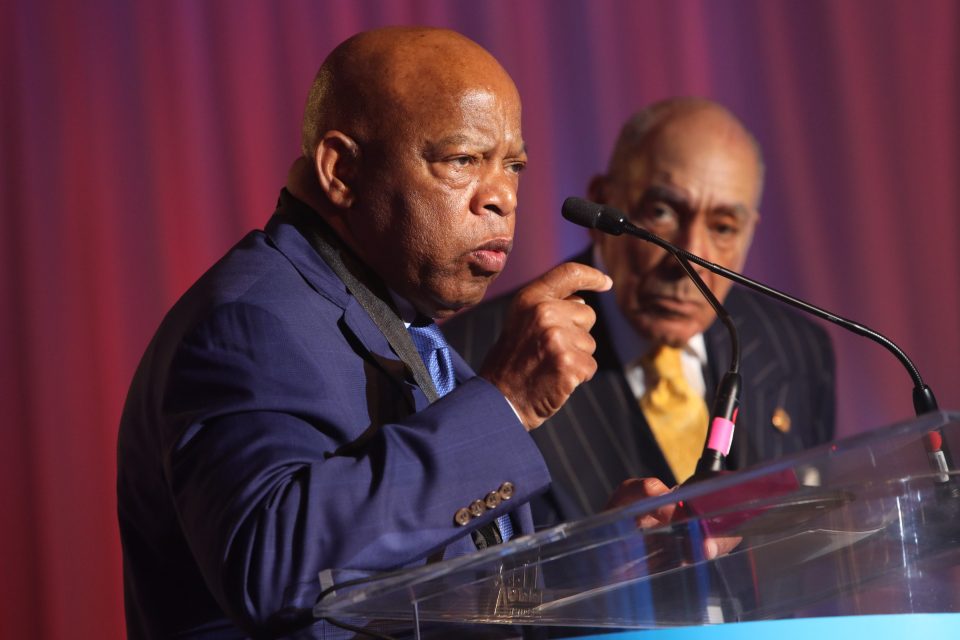 Lewis, the late congressman and civil rights leader had a display outside Hoyer’s office with one of his famous quotes:  “When you see something that is not right, not fair, not just; you have to stand up, speak up, speak out, and find a way to get in the way and get in trouble. Good trouble. Necessary trouble.”

Hoyer tweeted a photo of the display Thursday. “Let his words continue to echo in the halls of Congress and in our hearts. Let us always stand up, speak up, and speak out against injustice and for our democracy,” Hoyer wrote in the tweet.

While rioters shamefully destroyed this tribute to my brother John Lewis yesterday, let his words continue to echo in the halls of Congress and in our hearts. Let us always stand up, speak up, and speak out against injustice and for our democracy. pic.twitter.com/IwLfLQc6f0

Lewis, who passed away in July 2020 at the age of 80, was a hardline opponent of the president. Lewis did not attend Trump’s inauguration, something Trump held against him even after he died. Additionally, Lewis said in 2017 that he doesn’t see Trump as a legitimate president and called Trump a racist.

“I think the Russians participated in helping this man get elected. And they helped destroy the candidacy of Hillary Clinton,” Lewis told NBC News at the time.

When Lewis died, Trump criticized him for not attending his inauguration ceremony.

“I find a lot of people impressive. I find many people not impressive,” Trump said. “He didn’t come to my inauguration. He didn’t come to my State of the Union speeches. And that’s OK, that’s his right. And again, nobody has done more for Black Americans than I have. He should’ve come. I think he made a big mistake,” Trump told reporters.

Lewis’ legacy includes significant actions in obtaining civil rights for Black Americans. The Fisk University graduate was one of the ‘Big Six’ who organized the 1963 March on Washington. He also led the first of three marches from Selma, Alabama, to the capital of Montgomery, across the Edmund Pettus Bridge. After his passing, Lewis was carried by horse over the bridge one last time. There is also an effort to rename the bridge after him.

Although there has been no official announcement, the display is likely to be replaced with another of the late representative.