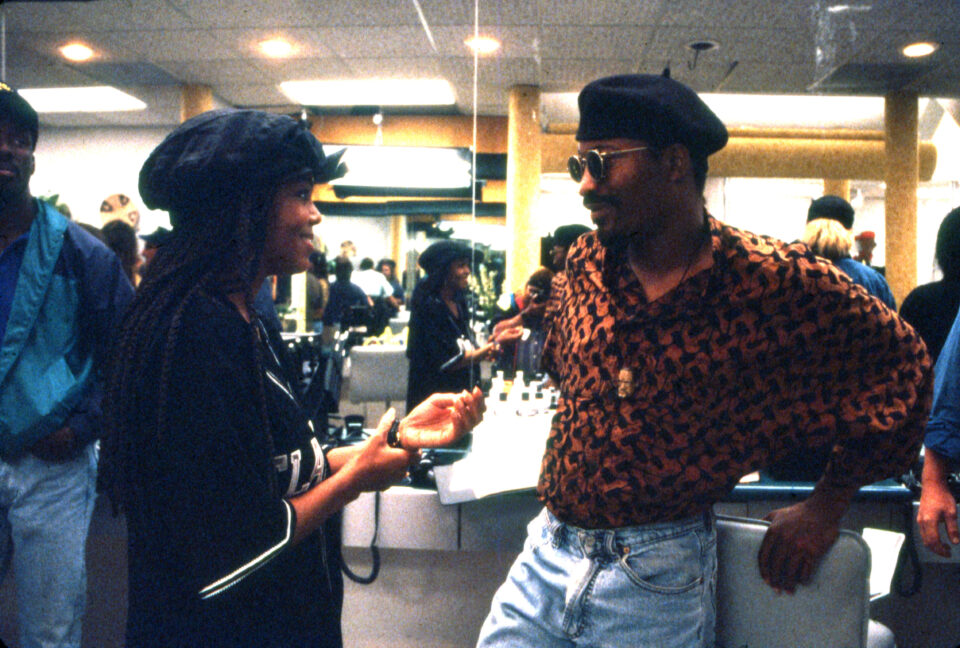 View of American singer and actress Janet Jackson as she talks with film director John Singleton (1968 - 2019) during the making of their film 'Poetic Justice,' Los Angeles, California, 1993. (Photo by Anthony Barboza/Getty Images)

The life and cinematic legacy of the late filmmaker John Singleton is being celebrated, thanks to the University of Southern California.

According to Variety, there will be a yearlong tribute to the Boyz n the Hood director in September honoring his contributions to the film industry.

The tribute is being presented by The USC School of Cinematic Arts, African American Cinema Society, and Visions & Voices.

“John Singleton: A Celebration,” was announced by the Dean of the USC School of Cinematic Arts, Elizabeth M. Daley, on Tuesday.

The tributes will focus on Singleton’s most notable movies and will feature the cast and crew of select films discussing the ins and outs of the projects they were involved in.

Starting on Friday, Sept. 9, you can catch a screening of his first film, Boyz n the Hood, starring Ice Cube, Cuba Gooding Jr., and Morris Chestnut. His first film earned him two Oscar nominations for Best Director and Original Best Screenplay. Hollywood Shuffle’s Robert Townsend will lead the first discussion after the screening.

Free screenings will be shown on the USC Campus and are open to the public. For admission, RSVP here.

Here’s the full schedule of all free screenings:

In 1990, the promising filmmaker graduated from the SCA’s Filmic Writing program. He took home the Jack Nicholson Screenwriting Award two straight years in recognition of being a promising film student. He initially won the award in 1988 for his script Twilight Time and was rewarded the following year again for Boyz n the Hood.