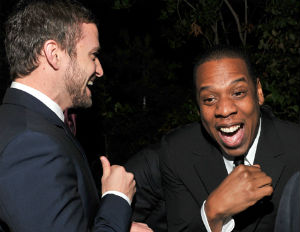 After the 55th Annual Grammy Awards, all who watched Hov get out of his seat to perform with the former N’Sync-er could feel a tour coming. Seems like there’s something like that on the way. Jay and Justin Timberlake are scheduled to headline the 2013 Wireless Festival in London.

Tickets for what could be the hottest summer line-up go on sale on February 22nd and will take place at Queen Elizabeth Olympic Park on July 12th and 13th.

Who knows? Maybe Queen Bey will be in attendance as well.