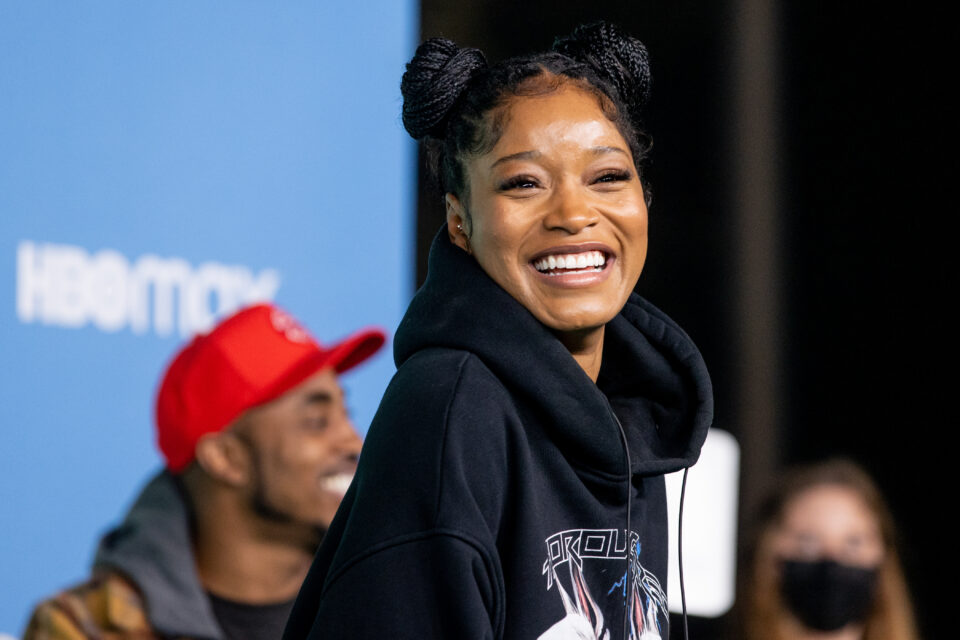 Keke Palmer is having a moment.

That’s a bit strange to say for someone who’s been working since she was nine years old, but this moment has been 20 years in the making, Palmer told EW. Now, with the spotlight trained brighter than ever on her, Palmer is spreading the love around with her new digital platform, KeyTV.

A streaming television network that showcases young creatives who might not have otherwise had an entry point into the industry, in addition to providing training tools for those creatives on how to get their projects off the ground, KeyTV is Palmer’s act of tossing her hat into a ring not often reserved for young, Black women: network executive.

It’s not a role she takes lightly. Though she’s known for her ebullient, larger-than-life personality, when Palmer — star of the recent movies Nope, Lightyear, and Alice, and host of NBC’s Password and her own podcast, Baby, This Is Keke Palmer — discusses KeyTV, she’s all business. Working with her friend Lenoria Addison, a producer at the Awesomeness television network, over meetings at SoHo House, Palmer came up with a business plan and started building KeyTV from the ground up with a $500,000 investment.

“[Lenoria] just walked me through with her skills from being a producer at Awesomeness, my skills as a creative and producing some of my own stuff, and then my mother’s skills putting everything together with my career over the last 20 years,” Palmer explains to EW. “We all, bit by bit, just started chipping away and then reaching out to people we knew that were looking to get their projects made on this type of scale.”