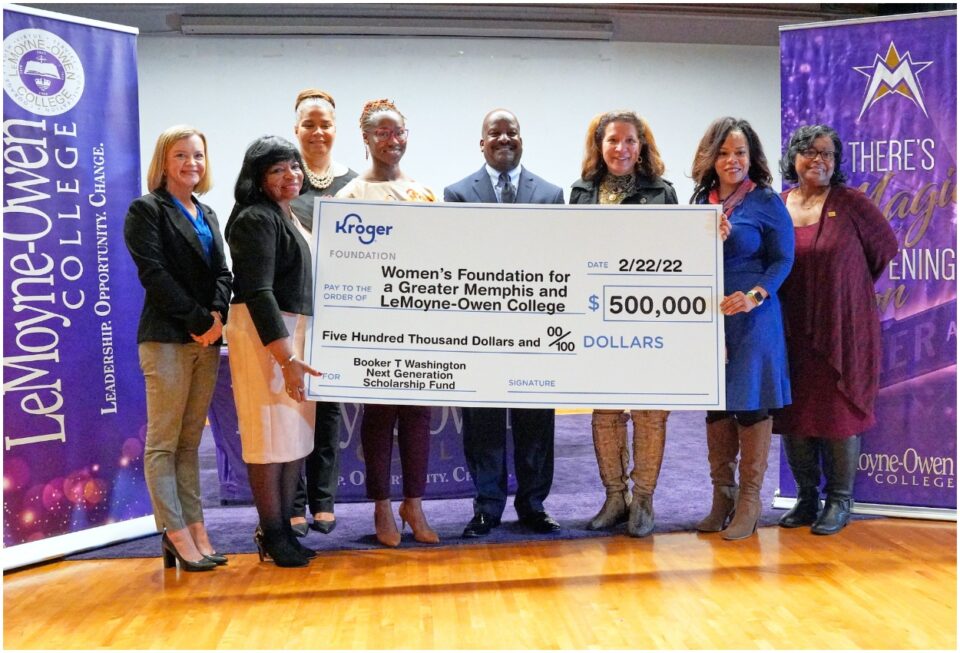 The Foundation’s Racial Equity Fund is awarding a combined $600,000 in Changemaker grants to build Black wealth and improve racial health equity in Ohio through partnerships with The Urban League of Greater Southwestern Ohio, The National Underground Railroad Freedom Center, and FundNOIRE, according to a press release. As a continuation of the Foundation’s previously awarded grants to Black Girl Ventures, Everytable, LISC and Thurgood Marshall Fund, totaling $3 million, the Changemaker grant reflects the organization’s commitment to mobilizing its people, passion, scale and resources to transform its culture and communitie

“The Racial Equity Fund Changemaker grant supports Kroger’s commitment to invest not only in new and innovative strategies to build and sustain Black wealth but also strengthen long-standing partnerships with local institutions to advance health and social equity,” said Keith Dailey, president of The Kroger Co. Foundation and group vice president of corporate affairs for Kroger.

“Kroger is proud to support the work these organizations are doing to uplift and inspire true change throughout Ohio.”

– The National Underground Railroad Freedom Center will receive a $200,000 grant for its Hunger and Race Equity Programming: Freedom Foods Initiative to bring awareness and inspire activism around health disparities and equitable access to healthy food for underserved communities of color; and

– FundNOIRE, a fund dedicated to helping 24 small Black-owned businesses launch and grow by way of non-diluted capital over the next several years in Cincinnati, is receiving a $100,000 grant to advance and retain Black entrepreneurship in the region.

The Next Generation Scholarship Program

The Foundation’s Racial Equity Fund is investing $500,000 in the Next Generation scholarship program in partnership with LeMoyne-Owen College in Memphis, Tenn., part of the network of Historically Black Colleges and Universities (HBCU), and the Women’s Foundation for a Greater Memphis. The scholarship program will promote access to higher education for local students by awarding scholarships to graduating seniors of Booker T. Washington High School who are academically motivated and want to attend LeMoyne-Owen College in the fall semester.

“Kroger’s Framework for Action features actionable goals we want to implement to achieve success in our workplace and the communities we serve,” said Teresa Dickerson, corporate affairs leader for the Kroger Delta division.

“Through the Next Generation scholarship program, we’re thrilled to uplift and invest in local students and support LeMoyne-Owen College – the only HBCU in Memphis – and the Women’s Foundation for a Greater Memphis.”

The application period for the Next Generation scholarship program will launch this spring via the Women’s Foundation for a Greater Memphis website.