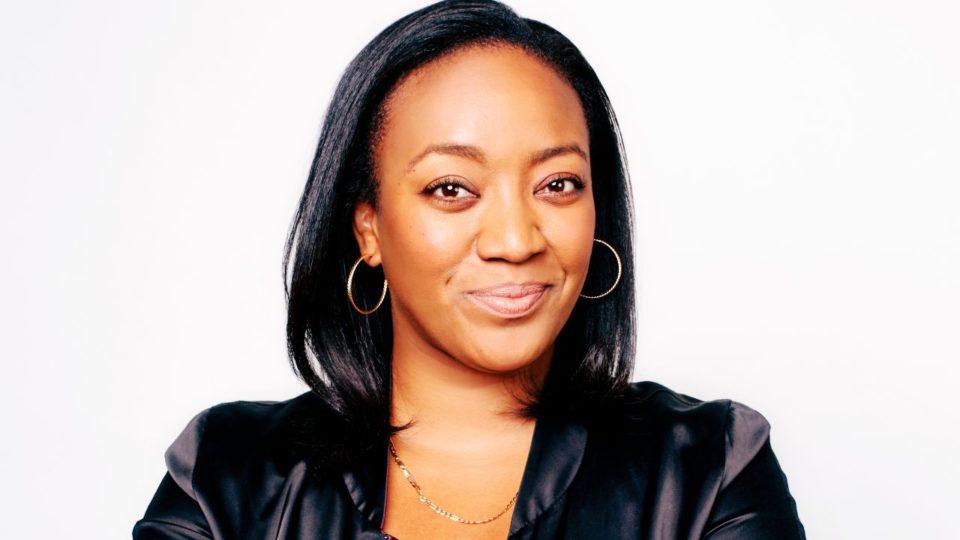 As Managing Director of Virtue — an ad agency owned by Vice Media Group — Krystle Watler is one of the few women of color who is leading a general ad agency across several disciplines. After her appointment last summer at the agency, Watler wrote an open letter to let people of color know that the representation and opportunities they seek can happen at Virtue.

Watler spoke with BLACK ENTERPRISE to explain why she felt the need to write the open letter, how her career path led her to this position, and how she handles the difficulties of being a woman of color in her industry.

You were recently appointed the managing director of ad agency Virtue. Congratulations! After your announcement, you wrote an open letter titled, ‘Come Through.‘ What was the letter about and what motivated you to write it?

In August 2019, I was appointed Managing Director, Virtue North America. At that time, I was one of the very few women of color – the only Black woman – running a general market agency in the U.S.

In July of last year, I was appointed Managing Director, Virtue Americas. I brought on Genie Gurnani as our Head of Creative resulting in two BIPOC people leading a general market advertising agency.

It wasn’t enough to just pitch a press release to trade publications about my expanded and Genie’s new role. So we co-wrote an open letter to the BIPOC, marginalized, and underrepresented talent in the advertising industry to recognize them, encourage them to keep going, and invite them to come through to Virtue, a creative agency that has figured out how to cultivate an environment and agency culture where all talent thrives.

The path you’ve chosen for your career is interesting. Why did you decide to pursue the positions you’ve taken on and how did you navigate from your starting point?

Graduating from Spelman College with a Computer Science and Math degree, I didn’t know advertising could be a career for me. I entered the field of Corporate Banking and 2.5 years later realized, it simply wasn’t for me. So, I changed careers. Entered advertising and entered a whole new, creative world. It was for Goldman Sachs, which happened to be the last financial services company I worked for. I was responsible for the competitive analysis and did it so well that, combined with Strategy’s PoV on the consumer, uncovered a great white space. Six to eight months later a role on the Business Development team opened up and the Head of Account Management offered it to me. Eight years later, I never left Business Development (BD).

It provided me an opportunity to merge my left and right brains; to learn the business of advertising and what it takes to win business. I was promoted to Managing Director, responsible for the growth and all agency operations for Virtue in North America. My career in Business Development, and all the lessons learned, have made me a strong Managing Director on day one.

Being a woman of color in this industry must present challenges from several aspects. How do you handle what is thrown at you and still complete the work and also elevate yourself in the process?

Speak up. I learned that I was doing myself and past organizations a disservice by not speaking up more. Challenge status quo thinking. I cultivate an environment where everyone can bring their whole self to work because when they do, they can just be and give their best effort for themselves and our clients.

Focus on the task at hand. I prioritize by actioning revenue-generating and client to-dos first. And, I equally prioritize people as a business is nothing without its talent.

What suggestion and/or advice would you give to anyone trying to pursue a career in your field?

No matter your title, you can and should lead. Don’t fool yourself that being a “leader” means you have to be someone else. I encourage all young people entering this business and matriculating through the early years of their careers to give themselves permission to show up as YOU.

Hone your craft. Your career is a marathon, not a sprint. Focus on being the best strategist, creative, account person, project manager, producer, business development manager, finance and hr lead, office manager, executive assistant—whatever your job is.

Is there anything you are working on or want to work on that is exciting for you that you’d like to talk about or mention?

1) Winning Creative AOR duties for Cholula (Adweek) last year was an exciting and proud moment. So was scraping our relaunch campaign to instead raise money for the Independent Restaurant Council at the height of our first wave of COVID. Check out our Tacothon here.

2) We had the absolute pleasure to launch Black Queer Town Hall with Bob the Drag Queen and Peppermint on Juneteenth 2 years ago. Black Queer Town Hall (BQTH) is a platform committed to celebrating excellence by cultivating community, sharing knowledge, and uplifting voices in culture in partnership with GLAAD and NYC Pride.

3) And when we wanted to create a voting initiative to help encourage people to vote, during the most important election of our lifetime, we partnered with BQTH to create The Most Office campaign, which included a music video, paid digital assets, and organic social assets (e.g., gifs – search “the most office” in IG ; ). Check out the music video here.

I’m also really excited about a campaign we’re working on for Beats by Dre, a brand we’ve been working with for the past 18+ months.

I remain optimistic about 2021 and look forward to staying agile and nimble to help our agency and clients adapt to our ever-changing “new normal.”